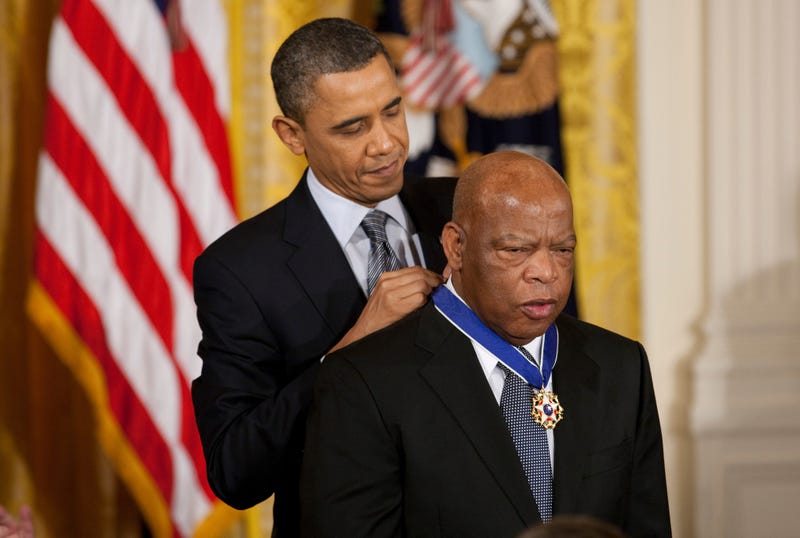 Obama along with former Presidents, George W. Bush and Bill Clinton are expected to attend the funeral for Lewis who, during his three decade career as a congressman, received the Presidential Medal of Freedom from Obama in 2011.

In a statement release by the nation’s 44th president on medium.com, Obama spoke fondly of Lewis and credited the Georgia representative for helping him become the country’s first black president.

“I first met John when I was in law school, and I told him then that he was one of my heroes. Years later, when I was elected a U.S. Senator, I told him that I stood on his shoulders,” Obama wrote. “When I was elected President of the United States, I hugged him on the inauguration stand before I was sworn in and told him I was only there because of the sacrifices he made.

“And through all those years, he never stopped providing wisdom and encouragement to me and Michelle and our family. We will miss him dearly.”