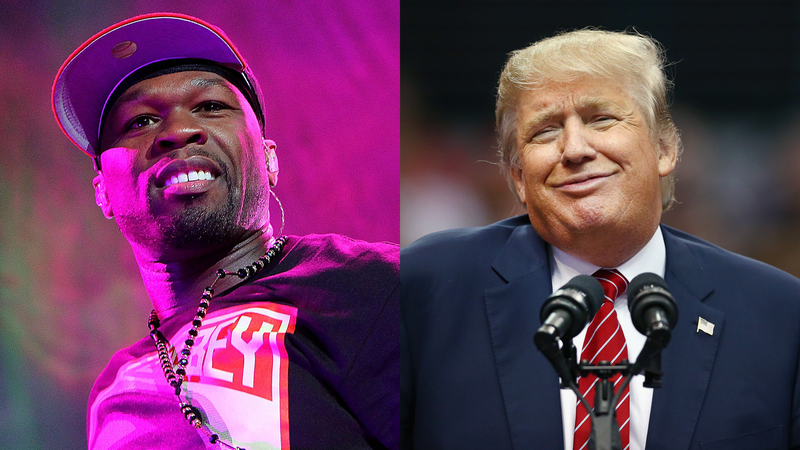 Well here’s a sentence we never imagined forming. Both 50 Cent and Donald Trump are set to take part in this weekend’s Evander Holyfield boxing exhibition.

Yup, apparently after Snoop Dogg captivated the boxing world with some five-star commentary during the Roy Jones Jr. versus Mike Tyson fight, 50 Cent is now getting in on the celebrity commentator boxing action, joining Snoop in the announcer booth for Triller’s coverage of the Holyfield versus Vitor Belfort fight taking place on Saturday, September 11.

Listen to your favorite music now on Audacy and while there will no doubt be heat in the ring, for Hip Hop’s Hot 100 and everything currently dominating the charts listen to Audacy’s exclusive Heat in da Streets station.

Hopefully the fighting stays in the ring, because also planning to be in attendance is none other than former President Donald Trump. Who on one hand Snoop vocally criticized throughout his entire presidential run, while on the other hand 50 seemingly endorsed towards the end of the election after learning how much Joe Biden wanted to tax New Jersey and New York residents of a certain bracket — later admitting he wasn’t serious. So, actually booth vibes should be good.

Trump will be joined by his son, Donald Jr., at the Hard Rock Hotel and Casino in Hollywood, Florida, calling the event and providing their own ringside commentary for the four-bout card alternate feed.

“I love great fighters and great fights. I look forward to seeing both this Saturday night and sharing my thoughts ringside. You won’t want to miss this special event,” the former president said in a press release.