Atlanta Braves pitcher Mike Soroka has had a long road back to the mound. But he finally took to the rubber Tuesday night for the Rome Braves, and it's safe to say his first outing went better than anyone could have hoped.

Soroka was so dominant in his first rehab start that many Braves fans, including John Fricke, are already planning on how to get Soroka back with the big league club before the postseason.

"Mike Soroka goes out and pitches 4 innings, in the first 3 innings he faced nine batters and strikes out eight. Totally dominant," said Fricke. "Suddenly, he does that and you're going 'how fast do we want to track this guy.'"

"You give me three good (rehab) starts at Rome and he's dominant, he goes straight to Gwinnett and gets maybe two starts in Gwinnett," details Fricke. "And maybe two weeks from now we're having a discussion about bringing him up."

The Braves have not commented on future plans or a timeline for Soroka as they work him back from a pair of Achilles injuries. But if he can return and pitch as well as he did before the injury it makes the Braves rotation even stronger than it already is. 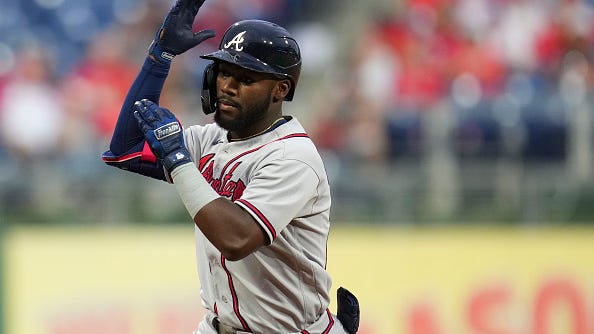