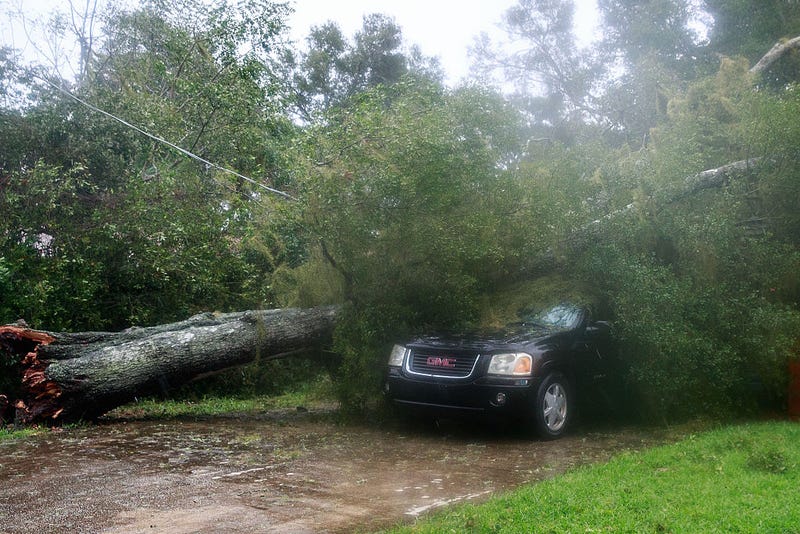 ORMOND BEACH, FL - OCTOBER 7: A downed tree from high winds rests against a car in a residential community after Hurricane Matthew passes through on October 7, 2016. Photo credit Drew Angerer/Getty Images
By Amanda Cooper

Dangerous weather in the metro caused significant damage in several counties and left at least one person dead.

The National Weather Service confirmed that an EF-1 tornado went through Douglas County Monday morning. According to police, restaurant owner Scott Hudson died while trapped in a car on Campbelton St. after a tree and powerlines fell on his vehicle during the storm.

County spokesperson Rick Martin says firefighters arrived after 10:30 a.m. and found Hudson trapped inside the car. Martin added that Hudson had to be extracted from the vehicle.

In Fulton County, Atlanta police confirmed that a tornado hit several areas in southwest Atlanta. Even Atlanta Mayor Keisha Lance Bottoms shared images of down trees in her neighborhood.

Thankfully, no one was injured. pic.twitter.com/kXAvEdIhXk