'Terrorism' is how Atlanta Police Chief Darin Schierbaum describes violent protests that broke out in the city Saturday night. 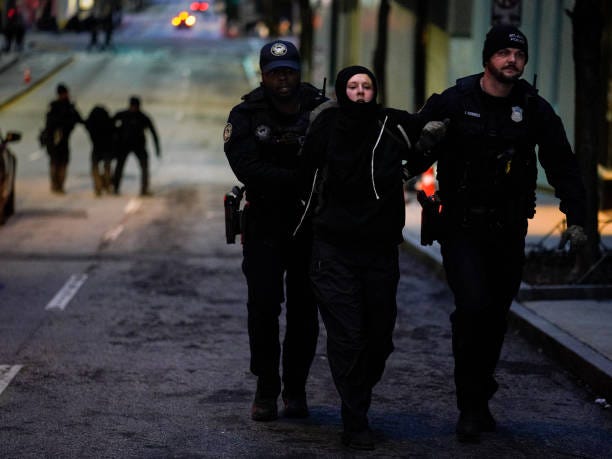 Police arrest a protestor during a "Stop cop city" protest in Atlanta, Georgia, United States on January 21, 2023. Multiple buildings were vandalized and an Atlanta police vehicle was set on fire as multiple arrests were made.  Photo credit Benjamin Hendren/Anadolu Agency via Getty Images

According to Schierbaum a police vehicle was set on fire and 3 businesses were also damaged. The APD Chief said that hundreds of protesters walked from Underground Atlanta and marched peacefully down Peachtree Street. Once the crowd approached the Ellis Street intersection, Schierbaum said business windows were broken and APD vehicles were vandalized. Fire was set to one police cruiser.

The protests followed the shooting death of an environmental activist Wednesday at the site of a planned police training center in nearby DeKalb County. While authorities contend that the 26 year old man was shot by a Georgia State Trooper after he shot and wounded a trooper, activists want an independent investigation as they call the death "murder". 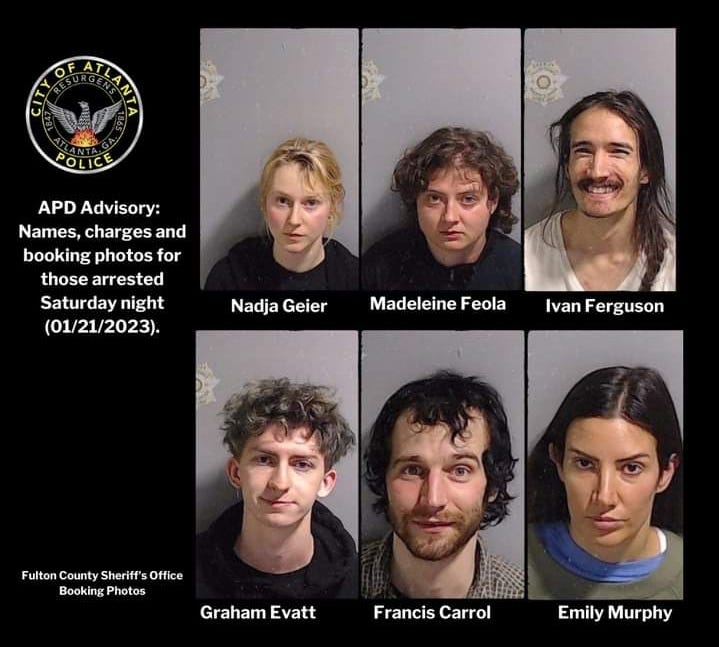 Police say there were 6 people arrested during Saturday's protest. Only one of them is from Georgia, 20 year old Graham Evatt from Decatur. The others are identified as Francis Carrol, 22, from Kennebunkport, Maine; Madeleine Feola, 22, from Spokane, Washington; Ivan Ferguson, 23, from Nevada; Nadja Geier, 24, from Nashville, Tennessee; and Emily Murphy, 37, from Grosse Isle, Michigan.