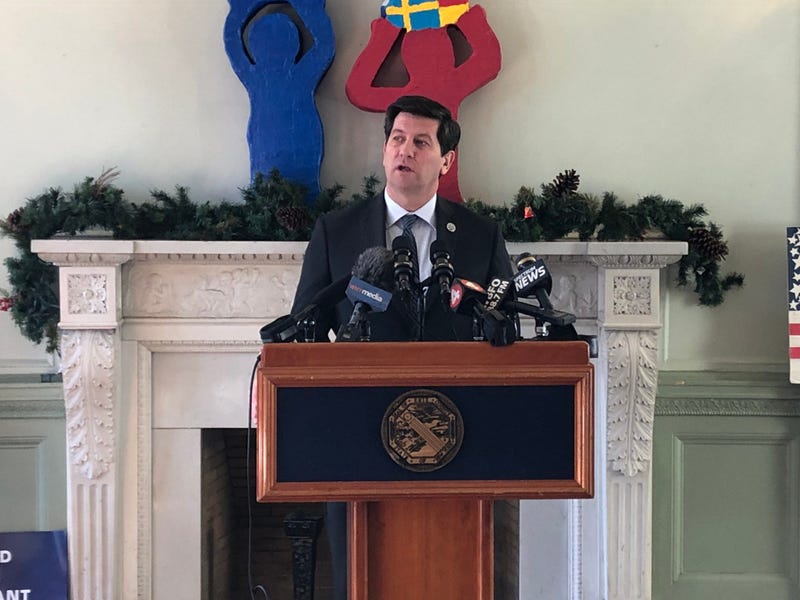 "It's my pleasure to be here with our partners in various refugee resettlement communities across Western New York to officially state that we are a welcoming community, and we will continue to be a community that receives refugees from across the world," said Poloncarz.

This announcement comes in response to the September 26 Executive Order 13888, which would allow state and local officials to block refugee resettlement in their jurisdictions. The order requires governors and leaders of local communities to sign letters stating that they want to receive refugees, and Poloncarz noted that the number of refugees coming into Western New York has dropped fairly significantly as the federal government has limited the number of refugees allowed to enter the country.

"Unfortunately, I look at what the President did as a further attempt to stop refugee resettlements in the United States," he said.

Karen Rybicki serves as the first deputy commissioner of social services for Erie County, and she explained what their programs aim to do.

"Through a solution-focused, trauma-informed approach, we assess needs and link individuals with benefits and services for which they are eligible," she said. "The Erie County Department of Social Services recognizes that a refugee's ability to secure employment is vital to their ability to achieve self-sufficiency. Through engagement in ESL classes and work experience, we have been successful with job placements and have seen positive transitions from welfare to work for our refugee clients."

Poloncarz noted that he and his office has received some vitriol from certain community members who aren't thrilled about the idea of opening more doors for refugees, and he wanted to set the record straight on that front.

"What I've been seeing since we gave a tease of this last night is people are are sitting there and they're making accusations against me and others with regard to those who are undocumented immigrants," he began. "Every individual who goes in this program is a legal immigrant, they're going through proper channels, they're coming through just like many of our ascendants did hundreds of years ago, and I want folks to understand that the individuals coming through this program are legal immigrants."