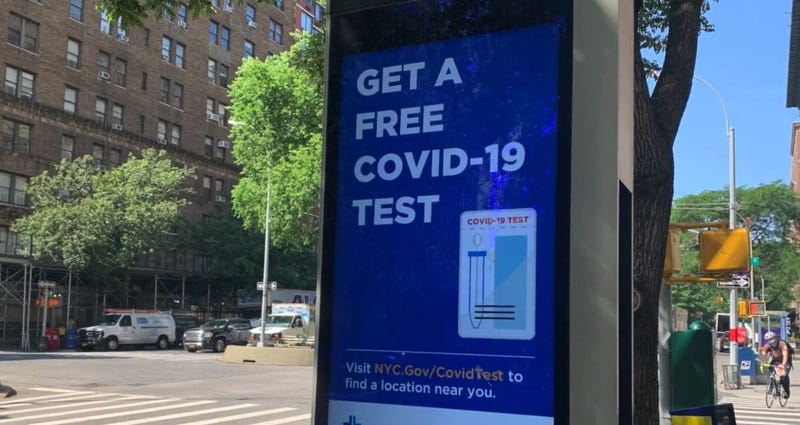 (WBEN) Governor Cuomo has released the latest Covid 19 numbers this Sunday morning. The Western New York region showed a slight spick in the percentage of cases on Friday but that number is back down to 1-percent at this time. It also shows that Erie County expereiencd 31 new Covid cases. Here is the complete rundown from the Governor's office:

Governor Andrew M. Cuomo today updated New Yorkers on the state's progress during the ongoing COVID-19 pandemic. The number of new cases, percentage of tests that were positive and many other helpful data points are always available at forward.ny.gov.

"New York State continues to move forward combatting COVID-19 with its phased, data-driven reopening in the face of alarming increases in cases throughout the country and in the nationwide death rate," Governor Cuomo said. "What's happening elsewhere in the United States is very concerning to us here at home, and our ability to avoid the same fate rests on New Yorkers' willingness to wear masks, socially distance and wash their hands, and local governments' willingness to enforce state guidelines. Today's numbers remain low and stable, but it is up to us to keep it that way. Being New York Tough isn't easy, but New Yorkers have shown the nation that we can effectively fight the virus when we all come together, and I urge them not to give up any ground now."

New York State is closely monitoring an uptick in COVID-19 cases in Rensselaer County, a number of which are being investigated as being linked to several individuals who tested positive for COVID-19 after traveling back to New York from Georgia. They are in isolation and the New York State Department of Health and Rensselaer County Health Department are conducting contact tracing.

Today's data is summarized briefly below:

As coronavirus rages out of control in other parts of the U.S., New York is offering an example after taming the nation's deadliest outbreak this spring — while also trying to prepare in case another surge comes.

New York’s early experience is a ready-made blueprint for states now finding themselves swamped by the disease. It could also come in handy at home, as the region readies for a potential second wave of infection that experts predict will likely come at some point.

Gov. Andrew Cuomo has offered advice, ventilators, masks, gowns and medicine to states dealing with spikes in cases and hospitalizations and, in some places, rising deaths. Some health care workers are heading to other states to help fight the virus, reciprocating the influx that gave New York hospitals some much-needed relief just months ago.

At the same time, the Democratic governor has ordered travelers from more than a dozen states to quarantine for 14 days, while urging New Yorkers not to let up on wearing masks or social distancing.

Yet with the virus tearing through the South and West, Cuomo warned Friday it would eventually rear up again in New York.

“We're doing everything we can,” he told WAMC radio, but “I can feel it coming.”

A widely cited University of Washington model doesn't project spikes — at least through its Nov. 1 time frame — in New York, New Jersey or Connecticut, whose Democratic governors have coordinated on traveler quarantines and, earlier, some shutdown policies. But that doesn’t mean the densely populated tri-state area is in the clear.

“We expect the virus to return in all of those states," said Dr. Christopher Murray, head of the university's Institute for Health Metrics and Evaluation. "The question is one of timing.”

As cases spiked in March and April, New York became the nation's coronavirus nightmare, with New York City at the crux of it. Statewide, over 18,000 COVID-19 patients were in hospitals at one point in April. Daily deaths peaked at 799 in April, and have totaled over 24,000.

While New York has been gradually reopening, it also has been quietly preparing to handle another surge if it comes.