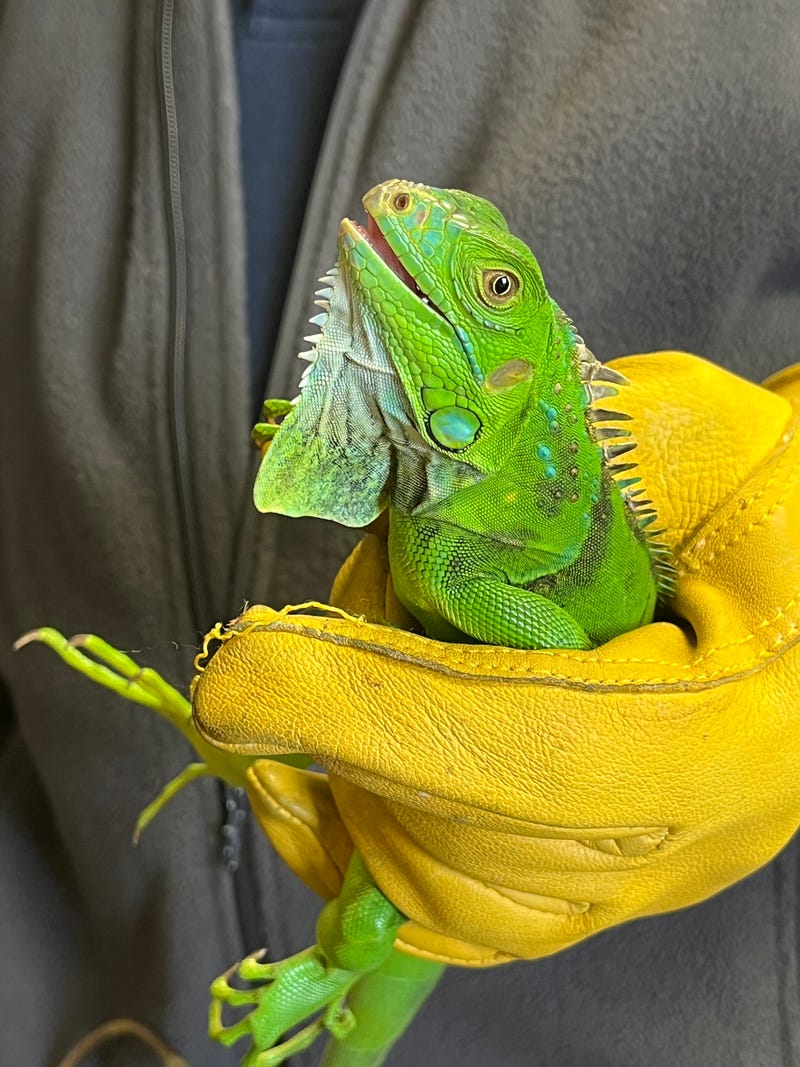 West Seneca, N.Y. (WBEN) - Imagine the surprise of the NFL production crew when they arrived after a long trip from Miami to Buffalo Friday and discovered a stowaway iguana was onboard.

Diana Solomon with the NBC crew tells WBEN when they saw the reptile, they thought it was fake. "By the time we got him he looked dead," she said when one of the crew members found the animal that is about a foot and a half long. "We put some hot hands on him and a blanket and within about three hours he woke up," she said.

Solomon says they called the animal 'Iggy' and surmise he got into one of the boxes in Miami and then was stuck for the long road trip to Buffalo. Nothing like this has ever occurred before, she said.

The reptile was quickly turned over to the caring hands of the SPCA Serving Erie County where 'Iggy' had a thorough examination and a name change to, 'Stefon Digguana'. "He came in very dehydrated and malnourished," said the SPCA's Gina Lattuca.

The iguana has a date with a veterinarian Tuesday and then it's hoped an experienced home can be found for the bright colored reptile. “We’re definitely looking some someone who knows a lot about iguanas and iguana care who might be familiar with working with iguanas who aren’t exactly tame."

Anyone who thinks they can help and fits the bill of being able to care for this unique reptile can reach out to the SPCA by emailing digguana@yourspca.org