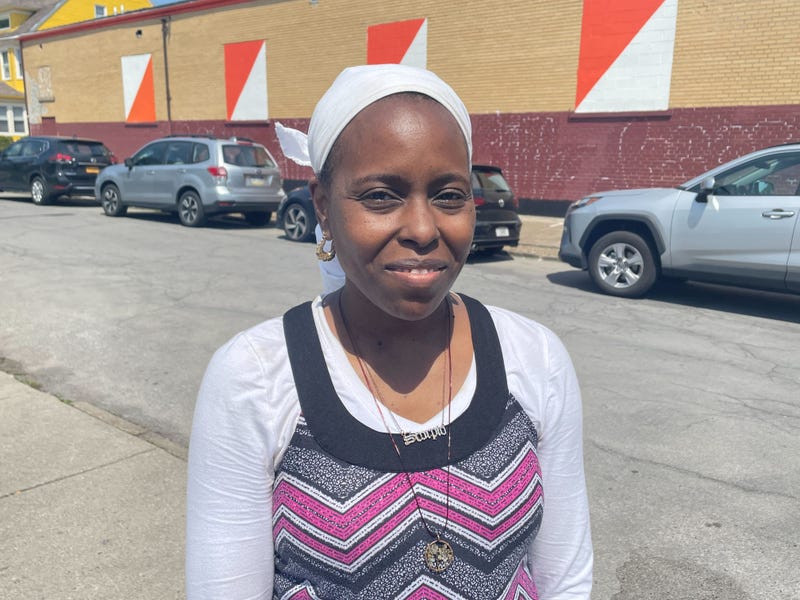 Fragrance Harris Stanfield was working with her daughter like any other Saturday at the Tops grocery store in Buffalo when she felt that something was off.

Stanfield, a customer service lead at the store, shared that she began feeling a pain in her neck while working, feeling that something was off, but said she "didn't know what it was."

But, her feeling was right as it was at that point that the unimaginable began to unfold before her very eyes.

"I turned around to tell my daughter how I was feeling, and we heard gunshots," Standfield recalled. "We weren't sure they were here at our building, so everyone stopped and turned and looked for the front door."

Stanfield shared that while she turned, she saw the store's security guard, identified by his son to the Daily Beast as Aaron Salter Jr., reaching for his gun while backpedaling.

It was at that point that Salter began exchanging shots with the suspected gunman, 18-year-old Payton Gendron.

However, Stanfield said she didn't stay to watch what happened next, but instead, she grabbed her daughter and started running.

"We ran, we ran for our lives," she said. "My daughter panicked. I did not know she wasn't with me. I had grabbed her to come with me. She panicked and stayed crouched in the front end. I kept running. I never turned around, and I made out."

Stanfield shared that she never saw Gendron, but she did see Salter before he was killed.

Working at the store with her daughter Stanfield said that in some ways, the store is like a second home for her, but now she is just trying to comprehend how this all happened.

"[I'm] still dealing with it. Not quite sure how I am feeling yet," Stanfield said. "Just trying to grasp that this really happened."

As for those lost, Stanfield said that she knew the security guard but hadn't seen any of the names or faces of the other nine that were killed during the shooting, which is said to be racially motivated.

Tops reopened its doors on Sunday to begin serving the community once again, and Stanfield says that she agrees with the decision because of what the store means to people.

"I think we still need the store. I think it's scary, but we can't live in fear," she said. "We have to be able to move past this in love and in compassion. This is our community.

"This is our community store, so we really need this. That's why we work here at this one. We don't want it to close down. We don't want this to be the reason that we lose something that we need."

PHOTOS: An afternoon of horror unfolds in mass shooting at Tops