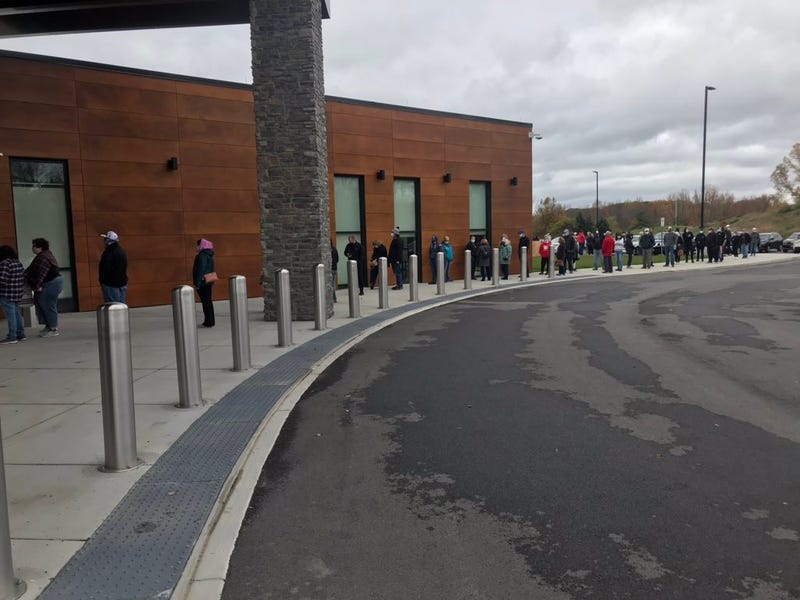 As highly anticipated as this year’s November Election is, it’s sad. It’s sad to me because it’s largely not a choice between candidates. It’s a referendum on one.

Ever since I was a kid I would get emotionally involved in the Presidential elections.  My motivation would be that I favored and backed a candidate and thought they were the right choice for the country.  It’s a sad commentary on the state of our democracy today that much of the country is voting against someone, and not for anyone.

Roberts’ words are so true too.  Think about yourself or the people you encounter.  How many of them will go into any sort of depth or dialogue on Joe Biden and why he should or shouldn’t be President?  It always boils down to whether or not you’re pro or anti Trump.

That’s no way to elect a President.

It’s become popular to say that “elections have consequences”.  On the surface that is certainly true.  But elections, in my opinion, should be a result of us all voting FOR someone and the ideals they represent.

Roberts notes that, “Trump has tried to make this a choice between him and Biden, but in the end, this is a referendum on Trump.”

The long lines at the early voting venues.  The passion on the streets.  The red-hot rhetoric that is preceding the election.  The fact that more than 150 million people are expected to vote in the election.  It’s all a referendum on Trump and not at all a vote for or against Joe Biden.

“These feelings are being generated almost entirely by being pro Trump or anti Trump,” notes Roberts.

If there is a ‘good news’ aspect of the election it is that more people of walks of life are getting involved and exercising their right to vote.  I just wish they were voting FOR someone, not just against.

I don’t know who will win the election and I’m not into making predictions.  But I am willing to predict this:

Regardless of who ‘wins’ the Presidential Election, a large portion of Americans on both sides of the aisle will be living in a country where they’re not excited about who their President is.

To me, that’s a loss for all involved.