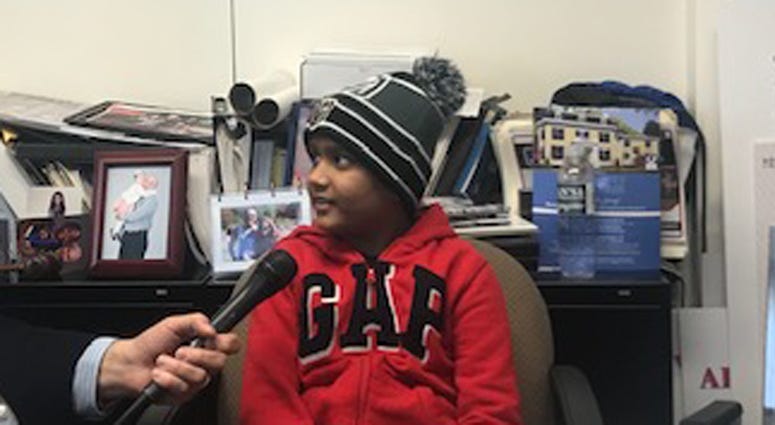 NEW YORK (WCBS 880) -- Since 1976, The Valerie Fund has helped provide comfort and healing for thousands of stricken with cancer and blood disorders in the New Jersey area.

Ahead of the fund's annual fundraising walk and 5K run in Verona Park this Saturday, WCBS 880's John Metaxas spoke with one young cancer patient who is making the most of his treatment.

In August, 11-year-old Arjun Jain was about to hit the ice when his father got a call from the hospital.

"I was in a hockey tournament. I started slowing down," Arjun said.

"He was about to jump into the face off. We were called by the doctor and he said you guys need to go to the hospital right now," his father, Vishal, said.

Arjun was diagnosed with leukemia and was forced to give up hockey, but thanks in part to the Valerie Fund, the treatment he has received has opened his eyes to new possibilities.

"It’s good to meet all the doctors that know a lot of things. Then when I want to become a doctor I know what they can do," Arjun said.

In a cancer program geared to the needs of children, this precocious fifth grader has taken it more like a pre-med program.

"I was learning all about all of the medicines, what their side effects are," said Arjun, who now wants to be an oncologist "because that’s the same thing I am getting treated for."

Maybe one day he will get a hockey scholarship, but for now Arjun continues with treatment and chronicles his battle with cancer in his blog, "I Am Arjun Jain."

In late April, he started his fifth and final phase of chemotherapy.