NEWARK, N.J. (WCBS 880) -- The FBI has released an enhanced recording of a ransom call made to a New Jersey mother after her 14-year-old daughter disappeared back in 1974.

Margaret Ellen Fox was last seen getting off a bus in Mount Holly on her way to a babysitting job on the morning of June 24, 1974.

In the hours after her disappearance, someone claiming to have the teen in custody called her mother and said, “$10,000 might be a lot of bread, but your daughter’s life is the buttered topping.”

FBI investigators say they are releasing the tape now because new technology finally allowed them to improve the audio.

They hope someone will recognize the voice.

The FBI also created an age-progressed photo of Fox. 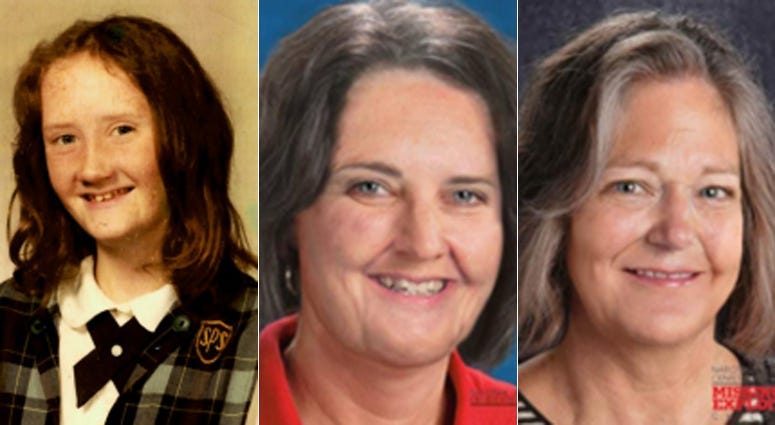 “The disappearance of Margaret Fox has haunted this community for decades,” Burlington City Police Chief John Fine said in a statement. “As many local residents and police officers would tell you, they would hear the message every week at the end of church services to pray for a safe return of Margaret Fox. As chief of Police, I want to bring closure to this case and bring home an answer to the Fox family and community."

“Margaret Fox was loved dearly by her family and friends,” stated Burlington County Prosecutor Scott Coffina. “To this day, her disappearance continues to cause great sorrow. If someone out there possesses information that could assist the investigators working to solve this mystery, I urge you to come forward.”

A $25,000 reward is being offered for any information in the case.