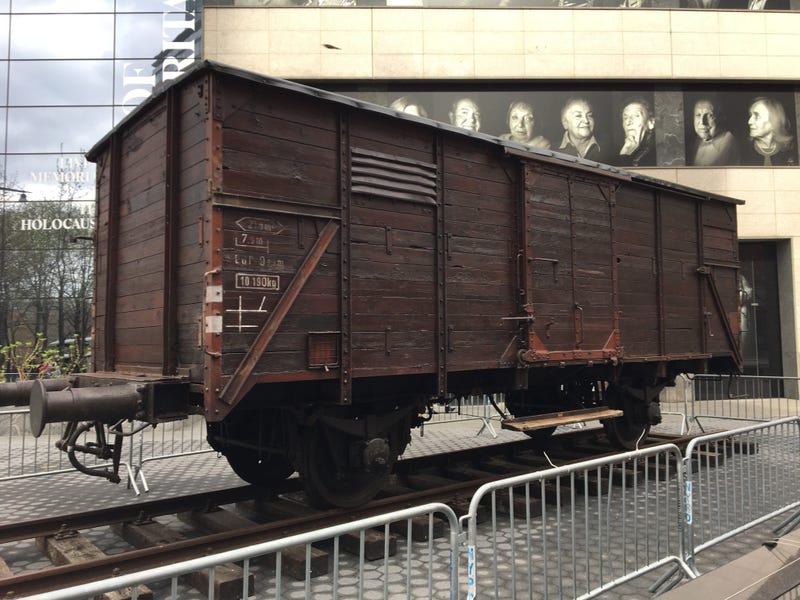 NEW YORK (WCBS 880) — A curious, but powerful display has been raising eyebrows in Battery Park City as part of a new Auschwitz exhibit opening at the Museum of Jewish Heritage in May.

“This was a freight care that was used to transport animals,” said museum president Jack Kliger, “which is what they thought we were.”

The 12x40-foot wooden rail cart sits outside the museum in Manhattan and serves as a grim reminder of man’s inhumanity to man.

“It was used to transport, on average, 80 people cramped into that car with no food, buckets, a little bit of water,” he explained. 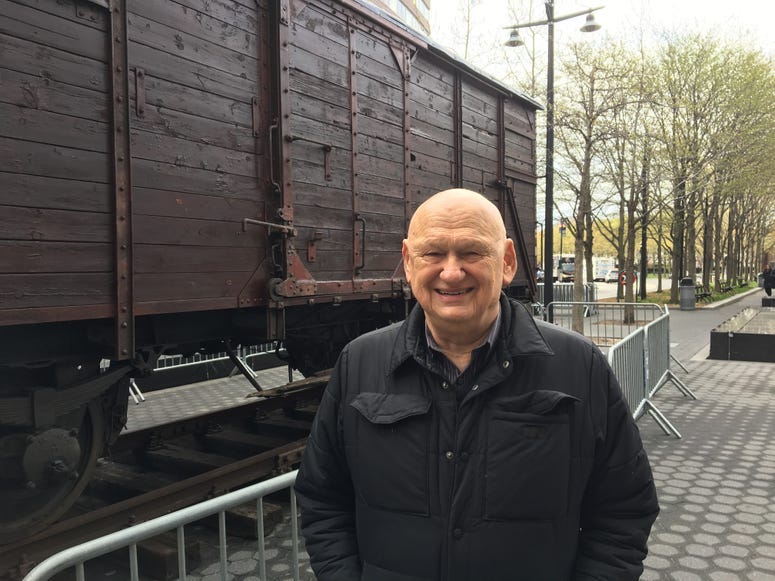 The wooden rail car most likely transported thousands of Jewish prisoners into the concentration camps around Germany during World War II.

In addition to the rail car, the groundbreaking exhibition will bring in more than 700 original objects and 400 photographs of Auschwitz.

The museum president said he hopes visitors will gain a better understanding of the horror and inhumanity of the German concentration camps, especially Auschwitz.

The exhibit at the Museum of Jewish Heritage opens on May 8.