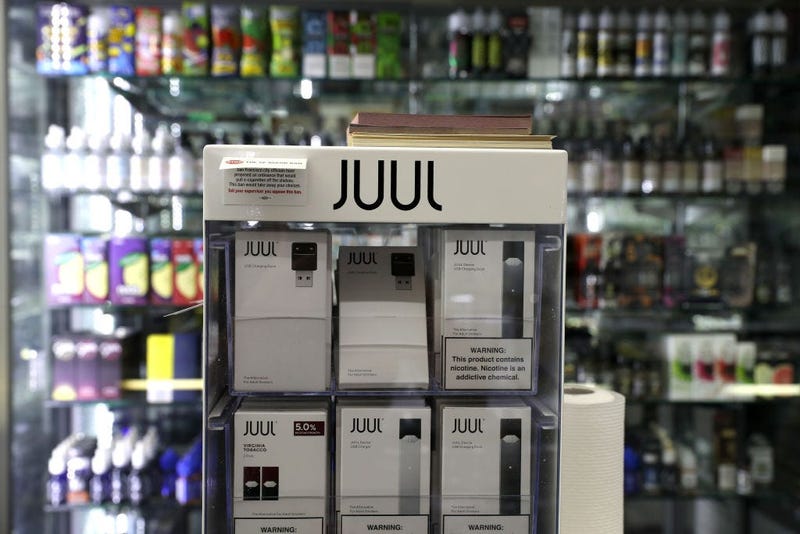 On Thursday, the congressman introduced a bill to ban all flavored e-cigarette products and other flavored tobacco products nationwide.

“My own preference is that there be no vaping at all among young people. But at least we can ban it for now, if there’s a change in the future, that’s one thing – but it’s time to put a ban on it,” he said.

The bill would also increase the federal tax on cigarettes and establish an equivalent tax on e-cigarettes.

The proposal comes just two days after a vote by the Public Health and Health Planning Council approved a statewide ban on flavored e-cigarette products.

New York’s ban, which does not cover tobacco or menthol-flavored vape products, was proposed by Gov. Andrew Cuomo on Sunday, who citing the surging use among teenagers and even children.

Federal health officials have linked vaping to six deaths and hundreds of confirmed cases of a mysterious lung illness, which resembles inhalation damage.

Michigan has also approved a statewide ban, but the rules have not been put in place yet.

Weeks ago, President Donald Trump said his administration will propose a nationwide ban on thousands of flavors used in e-cigarettes, however, no move has been made yet.

On Wednesday, India banned the sale of all e-cigarettes in possibly the largest move globally against vaping.