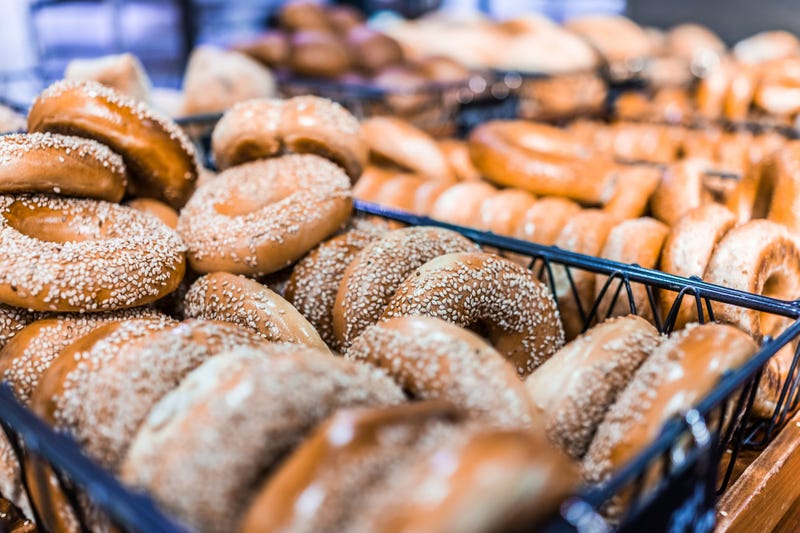 The eruption of words apparently started when a woman who works at the Bagel Boss in Bay Shore smiled at the customer Wednesday morning. He declared the woman was smirking and launched into a rant about dating sites.

“Why is it OK for women to say, ‘Oh you’re 5-feet on dating sites, you should be dead.’ That’s OK?” the customer can be seen yelling in a video that had been viewed nearly 6 million times on Twitter.

The two friends who captured the video, Olivia and Diana, took to Instagram to explain the situation saying the man had been screaming at the female workers in the store and Olivia had tried to stand up for the employees by asking the man to stop.

"She's just trying to do her job,” Olivia said of why she intervened.

They say after Olivia made a comment, the man began his tirade about women on dating sites and Diana began recording to ensure she had evidence if the man became physically violent.

so in bagel boss this morning, the misogynistic douchebag seen in the video was degrading almost all of the female staff as well as other patrons. fuck this guy. pic.twitter.com/LZh1Uk4UXZ

Another male customer soon intervenes, telling the angry man to “calm down.”

The disgruntled man appears to take issue with this and screams, “You’re not God or my father or my boss.”

The two men exchange profanities before the larger man moves to pin the screaming customer to the floor.

“I just wanted bagels,” said the teen behind the camera as the two men then brawled.

The bagel store employees called police to the scene to defuse the situation, but no charges were filed.

do bagel boss-esque situations/fights happen often??? I need to witness one of these in person. this could be the thing that drags me out of my house. where do I need to post up with my camping chair??

The video caught the attention of model and cookbook author Chrissy Teigen who tweeted, "do bagel boss-esque situations/fights happen often??? I need to witness one of these in person. this could be the thing that drags me out of my house. where do I need to post up with my camping chair??"