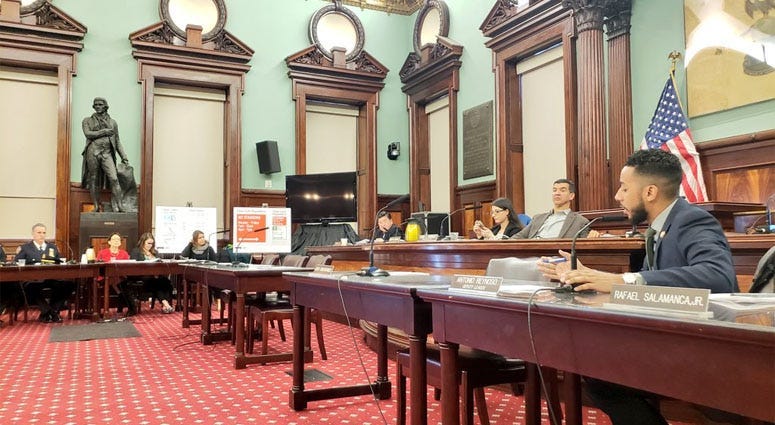 NEW YORK (WCBS 880) — Any person looking to run for election in New York City with the support of the Democratic Socialists must answer a controversial questionnaire that some view as anti-Semitic.

In next year's municipal elections, 35 of 51 seats in the New York City Council are “up for grabs,” but if a person vying for a seat wants the support of prominent Democratic Socialists, such as Congresswoman Alexandria Ocasio-Cortez, he or she must pledge, if elected, not to travel to Israel.

Jewish community relations vice president Michael Miller labels that pledge “despicable,” but notes that the other questions are possibly worse.

Miller says unless the Democrat Socialists of America take down these questions, it will identify them not only as Israel haters, but with anti-Semites.

“The fact that these questions were posed, singling out the state of Israel as opposed to any other country in the world, yes, this is anti-Semitic,” he said.

He believes all people should be allowed to travel to Israel to better understand the country.

“We believe that what the DSA  has done here in New York City asking or requiring candidates to pledge not to travel to this to Israel is absolutely despicable and elected officials should not be denied an immersive opportunity to deepen their understanding of Israel,” Miller said.

He is seeking an apology from the Democratic Socialists of America but, says he doesn’t have an expectation of getting one.