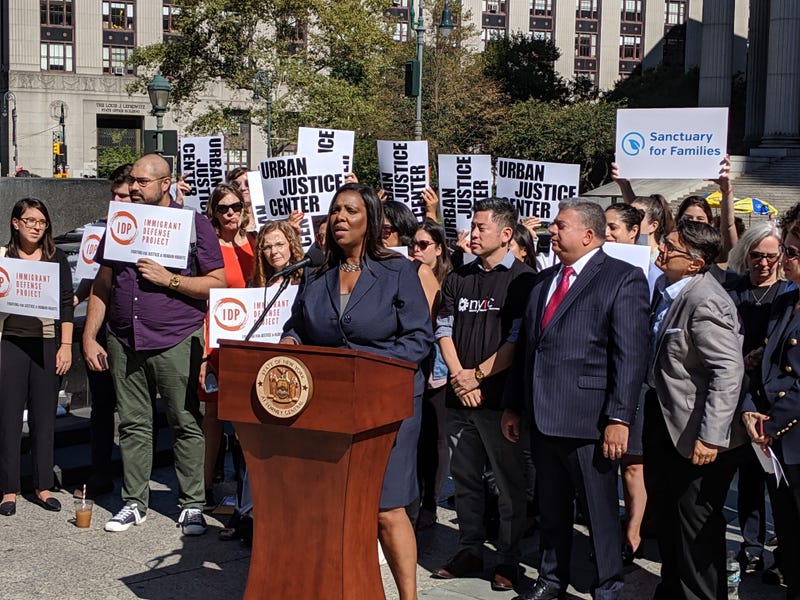 A lawsuit filed in Manhattan federal court by Attorney General Letitia James and Brooklyn District Attorney Eric Gonzalez seeks to halt what they say is a two-year pattern of arrests by Immigration and Customs Enforcement agents in and around the courthouses.

The second lawsuit was filed by the Legal Aid Society and several immigrants' rights groups. ICE says its courthouse arrests are often necessary because of the "unwillingness of jurisdictions to cooperate.''

"ICE’s enforcement activities at courthouses are consistent with longstanding law enforcement practices nationwide. And, courthouse arrest are often necessitated by the unwillingness of jurisdictions to cooperate with ICE in the transfer of custody of aliens from their prisons and jails," ICE said in regard to courthouse arrests.

ICE also said that current policy directs agency personnel to avoid conducting enforcement activities at sensitive locations unless they have prior approval from an appropriate supervisory official or in the event of exigent circumstances. The locations specified in the guidance include schools, places of worship, and hospitals.

Under the policy, courthouses are not considered sensitive locations.