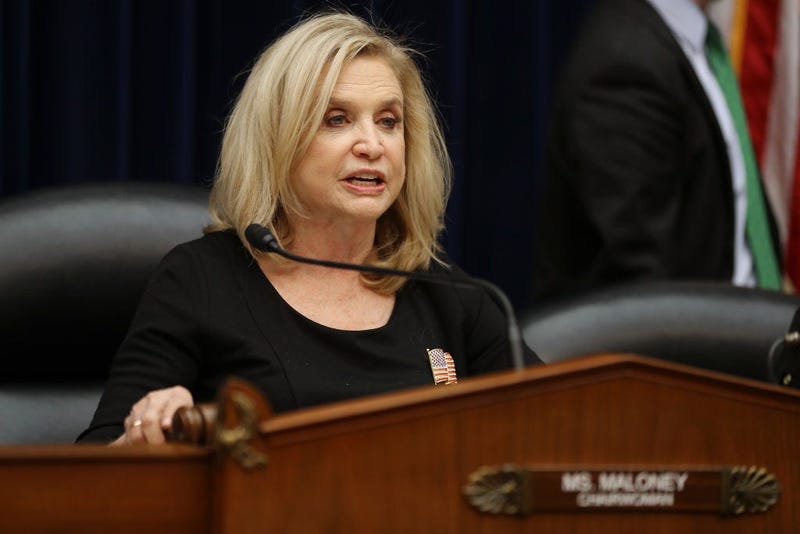 NEW YORK (WCBS 880) — As the world marks the 75th anniversary of the liberation of the Auschwitz-Birkenau death camp by the Soviet army, U.S. Rep. Carolyn Maloney and the rest of the House approved a bill that would turn to education to stem the rising tide of anti-Semitism and hate crimes.

The "Never Again Education Act," which had over 300 cosponsors, passed with overwhelming bipartisan support in the House on Monday.

The bill would give educators across the nation the tools they need to teach children about the Holocaust, including age-specific lesson plans.

On #HolocaustRemembranceDay, #WeRemember loss of over 6 million Jews who were murdered and confront rising anti-Semitism in the US and around the world.

We must teach our nation’s children about the consequences of hate & intolerance by passing the #NeverAgain Education Act.

"Children are not born with hate, they learn it and so we can teach understanding and tolerance," Maloney said. "I believe that education is the investment for the future and for understanding and we must remember and learn from the Holocaust in order to combat bigotry and hate and violence of all kinds today."

The bill expands on the efforts of local school districts, including New York City, that already have some form of Holocaust education.

The anniversary of the Auschwitz liberation comes amid a series of anti-Semitic hate crimes in New York City and across the country.

"It's not enough to condemn these actions, we need to get to the root of the causes of hate, denial and intolerance through education that fosters understanding and mutual respect," Maloney said.

"It's a very important day for us especially for my mom," Stern told WCBS 880's Rich Lamb. "She was 18 years old when she came out of the Holocaust, went home through the Carpathian Mountains, got married, brought us up in a Communist country. All her life she talked about the Holocaust. This day is very emotional for me and my mom and I'm glad that I was able to bring her here today."

We placed stones from the NYS Capitol at Auschwitz as a token of New York's support for the Jewish community and as a symbol of our pledge to #NeverForget.

We will remember the stories of Holocaust survivors in New York and elsewhere. We will, as Elie Wiesel said, bear witness. pic.twitter.com/f32ZQy4ewu

New York Gov. Andrew Cuomo joined leaders from around the world for a ceremony on Monday at the camp in Poland, where some 200 survivors returned to the place where they lost entire families.