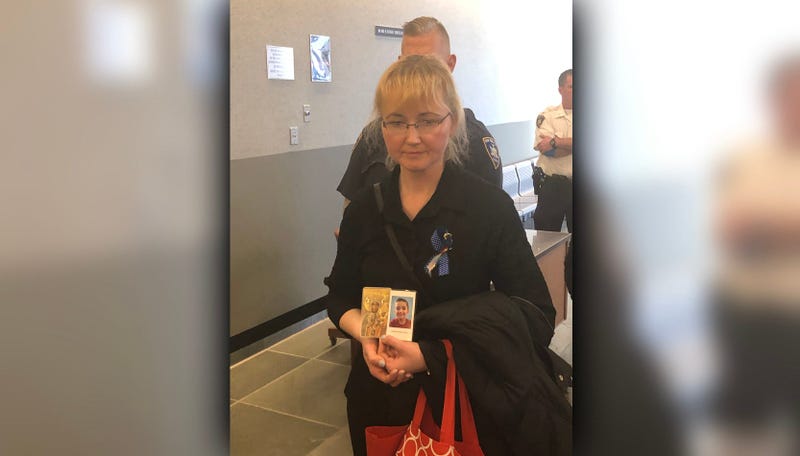 NEW YORK (WCBS 880) — The mother of Thomas Valva, an 8-year-old boy who froze to death after his father allegedly forced him to sleep in a garage, says surveillance videos from the night of the boy’s death have disappeared.

Prosecutors say there were security cameras in nearly every room throughout Michael Valva’s Center Moriches home, where 8-year-old Thomas was found dead on Jan. 17.

Thomas' mother, Justyna Zubko-Valva, notes there were also cameras inside the garage, where Thomas was allegedly forced to sleep in despite the freezing cold temperatures.

She says there is proof that her 8-year-old son was murdered and she wants answers.

“I was told two weeks ago by the District Attorney's office that they cannot get the images from the day that Tommy died, because, allegedly, they were deleted,” Zubko-Valva said. “But as you know we live in the technological age of everything being stored somewhere and can be, you know, brought back.”

Valva and his fiancée, 42-year-old Angela Pollina, have been indicted on charges of second-degree murder and endangering the welfare of a child. They have pleaded not guilty.

As WCBS 880’s Sophia Hall reports, Valva still does not have an attorney to represent him and the trial cannot begin until he does.

One month after his arrest, he hired an attorney who then claimed to have spoken with Zubko-Valva last year. Zubko-Valva denied this, but the attorney was excused from the case by the judge.

The 40-year-old former NYPD officer was given a week to find new representation.