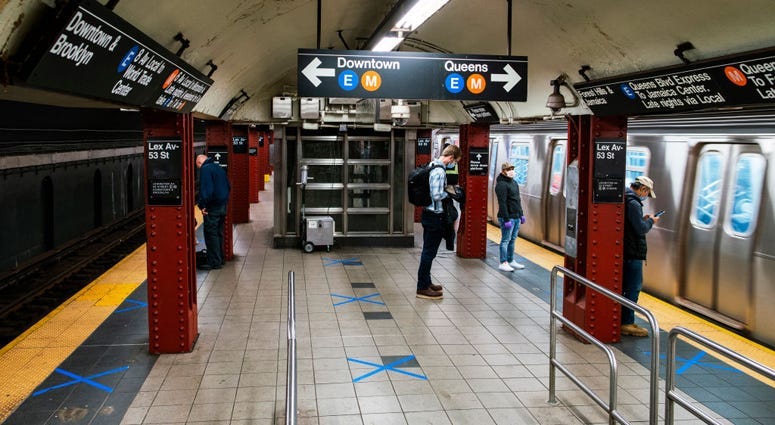 NEW YORK (WCBS 880) — The MTA is looking for ways to fill a $12 billion budget deficit now that Senate Democrats have shut down a scaled-back GOP coronavirus stimulus package.

The two parties were deeply split over a the significantly scaled-back legislation, which originally called for $500 billion in aid, that focused on schools, jobless benefits and help for small businesses.

Democrats say such a piecemeal approach would leave out far too many vulnerable people.

Now, it does not appear another stimulus will arrive before Election Day.

The news was a harsh blow for the MTA, which was hoping for additional federal funding to keep the mass transit network moving in New York City.

Last month, MTA Chairman and CEO Pat Foye called on Congress to pass legislation that would include $12 billion for the financially strapped agency.

“The MTA is broke,” Foye told WCBS 880 at the time. “We are desperately in need of $12 billion of additional federal funding.”

On Thursday, Foye said the “news out of Washington is disappointing.”

“The Senate majority was apparently unable to get a vote on this. Given the distress that the MTA, the state of New York and the city of New York are in – and frankly speaking, states and cities all over the country – this is incredibly disappointing news,” Foye said.

The MTA chairman says the agency is working on contingency plans, but the deficit is “an extraordinary number.”

Foye did not say how the MTA plans to close the budget gap.

However, in late August, the MTA warned of “draconian actions” without the federal aid.

Among some of the cuts being considered would be a 40% service reduction on subways and buses and a 50% reduction on commuter rails, such as the Long Island Rail Road and Metro-North. Some routes may be eliminated entirely.