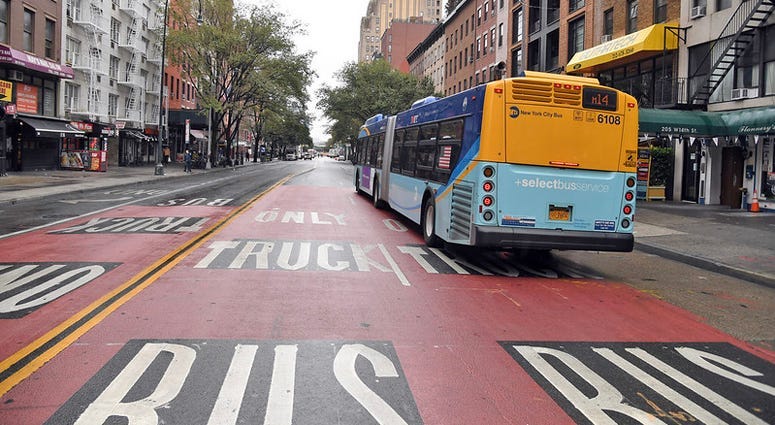 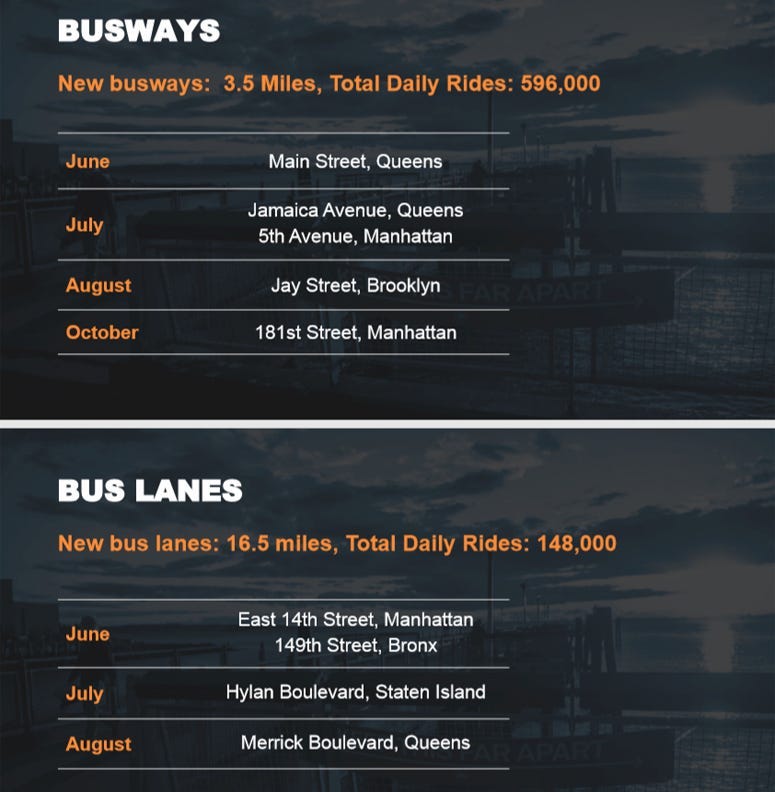 Four new bus lanes are also coming to East 14th Street in Manhattan and 149th Street in the Bronx in June, Hyland Boulevard in Staten Island in July, and Merrick Boulevard in Queens in August.

"Buses are a critical source of transportation for frontline workers and we want to make sure that they get where they're going as quickly and as efficiently as possible," said the city's Transportation Commissioner Polly Trottenberg.

The 14th Street busway, which went into effect last October, is also being made permanent.

The MTA had requested 60 miles of bus lanes and busways citywide.

As New York City prepares to reopen, we are urging the City to add 60 miles of bus lanes and busways citywide.

"Following the establishment of the 14th Street Busway and SBS service last year, ridership increased by 14% and travel times improved by 24%," the MTA said last week. "We want to replicate that success on other lines wherever possible."