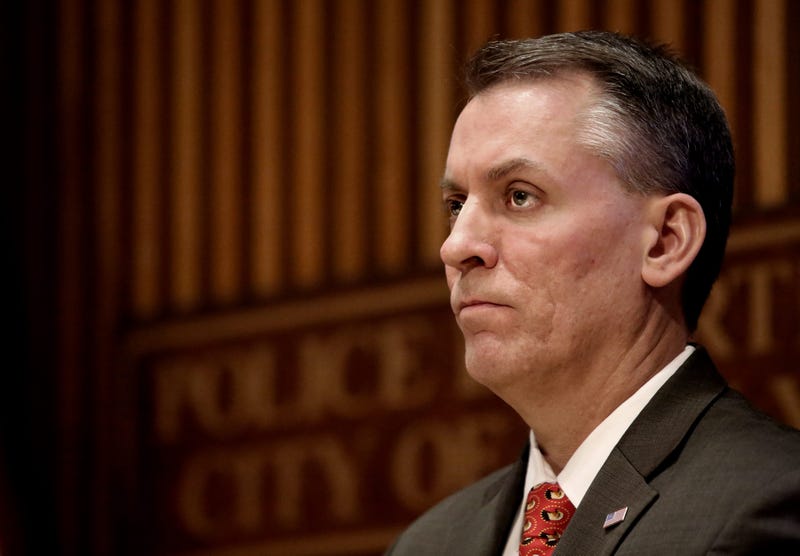 NEW YORK (WCBS 880) — NYPD Commissioner Dermot Shea announced Monday that the department is disbanding its plainclothes anti-crime unit with the goal of improving community relations as New York and other states take action on police reform in the wake of George Floyd's death last month in Minneapolis.

Shea says the roughly 600 officers that are part of the unit, which focused primarily on seizing illegal firearms, will be transitioned to other assignments, including detective work and neighborhood policing.

The move is aimed at building trust between police officers and the communities they serve.

"What we always struggle with as police executives is not keeping crime down, it's keeping crime down and keeping the community working with us, and I think those two things at times have been at odds," Shea said, stressing that the move is not a reflection of the officers who were just doing their jobs. "This is a policy shift coming from me personally, the men and women of the police department were doing what I and others before me asked. They have done an exceptional job, but I think it's time to move forward and change how we police in this city."

There have been complaints the unit, whose officers blended in to fight crime, caused tensions with the public.

Without providing specific data, Shea said plainclothes anti-crime officers have been the subject of a “disproportionate” number of shootings and complaints. The unit was involved in the 2014 chokehold death of Eric Garner on Staten Island.

The commissioner said the department has proven it can build prosecutable cases using intelligence, data, ShotSpotter, video, and DNA.

"We can do it with brains, we can do it with guile, we can move away from brute force," Shea said. "We will need the cooperation of the five district attorneys to continue to keep New York City the safest big city in America, but we also have to do it with the communities that we serve. We need cooperation, we need trust."

City Councilman Donovan Richards, chair of the Public Safety Committee, agrees this is a step in the right direction.

"For a long time these units have run rogue in our city, there's been very little oversight, and it's been the wild, wild west when it comes to plainclothes units," Richards said.

New York City Police Benevolent Association President Pat Lynch slammed the decision saying in a statement, "Anti-Crime's mission was to protect New Yorkers by proactively preventing crime, especially gun violence. Shooting and murders are both climbing steadily upward, but our city leaders have clearly decided that proactive policing isn't a priority anymore. They chose this strategy. They will have to reckon with the consequences."

Shea acknowledged the move is not without risk.

"The worry is that these officers used to mix in with people in various communities throughout the city and as they mixed in they were able to detect crime that an officer in uniform would not be able to detect," Eterno said. "So if something is going down the officers in plainclothes would see where as an officer in uniform would be avoided by most of the public. These anti-crime units were very successful at uprooting violent street crimes that a uniformed officer would not be as successful at because the uniformed officer would be avoided by most criminals."

Eterno believes the unit needs support from the commissioner and mayor, instead of being dismantled.

There will continue to be plainclothes units such as in surveillance and narcotics teams.

The change will also not affect transit anti-crime officers.

The department also announced Monday that an NYPD officer who sprayed mace at a group of bystanders during a protest on June 1 has been suspended without pay.