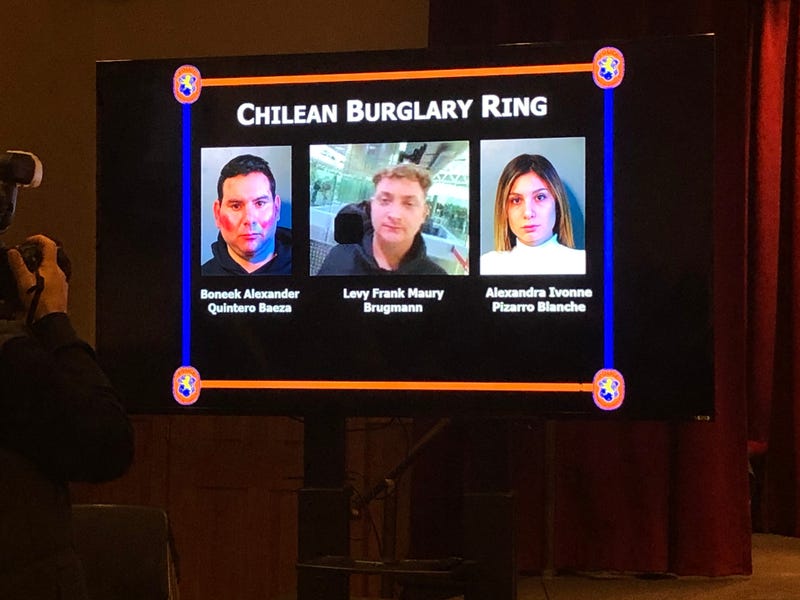 MINEOLA, N.Y. (WCBS 880) — Several arrests have been made in an alleged Chilean burglary ring that has been targeting homes in Nassau County.

Nassau County Police Commissioner Patrick Ryder says multiple burglary rings have hit this area and the suspects are from Chile.

“They fly in on 90-day visas. They come up and they act at little different factions. I would say in the Nassau County area alone, they probably count for 10 to 12 burglaries. Throughout The Tri-State area, there's probably a couple dozen burglaries,” he said.

Ryder added three arrests have already been made while one man remains on the run. He says the suspects are also wanted in connection with similar crimes in New Jersey.

“Under the normal circumstances, they'd be going down to arraignment right now and walking out the door with no discussion for the judge on that release,” Ryder said. “They will not be released this morning. They will be held because Jersey has them on a fugitive from justice.”

He says the suspects broke into homes, mainly in the Great Neck area, stealing jewelry and cash. 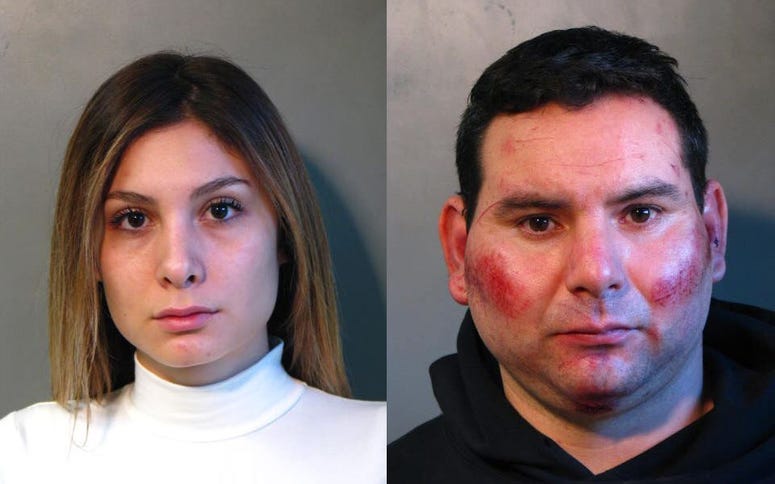 A man identified as Bryan Leandro Herrera-Maldonado remains on the run. 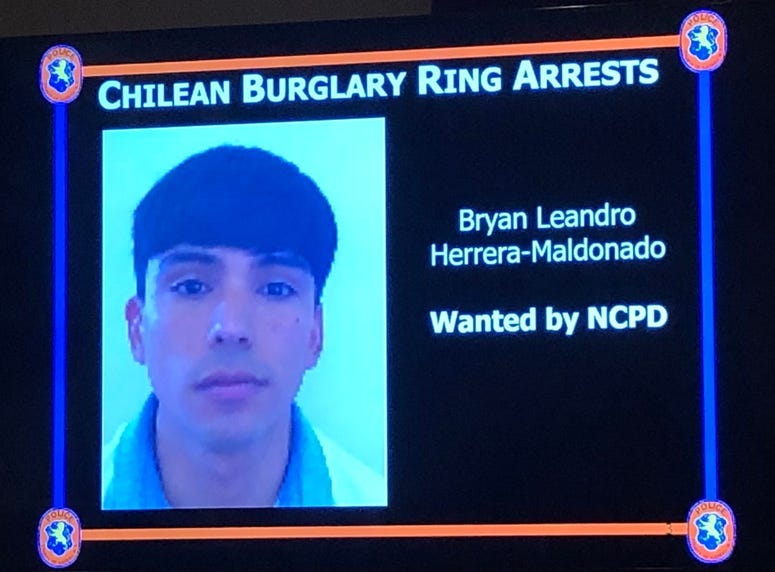 Last month, police arrested two other Chilean men in Saddle Rock who were believed to be a part of the burglary ring.