NEW YORK (WCBS 880) — The New York City area is well represented in the field of presidential candidates, probably more than you likely know.

Maybe he's poured you a glass of wine at the restaurant La Compagnie des Vins Surnaturels in Lower Manhattan, where he is the sommelier and managing partner.

But Ganzer is one of about 1,022 candidates running for the office of president of the United States of America currently registered with the Federal Election Commission.

"It's actually surprisingly easy, you just have to fill something out online," Ganzer tells WCBS 880's Mike Sugerman in this week's Sweet Spot. "I've been thinking about this ever since I was in third grade."

And while a person must be 35 or older to be president, Ganzer isn't worried that he won't reach the qualifying age until a month before the inauguration.

"I think you probably need some constitutional lawyers to get in there," Ganzer said.

His platform includes fixing what he calls the broken food system in the country, getting back to civility in politics and investing in community colleges.

He's up against Franz Aliquo who runs his campaign with his dog out of his Queens apartment. It started after watching the almost two dozen candidates on the first Democratic debate.

"Anybody can be president, so why not me?" he said.

As a lawyer turned ad man he has come up with presidential posters including one with the slogan, "Keep your democracy fresh. Franz Aliquo. A moron for the other side."

"I would do two things as president, very simple, number one I would find out the truth about aliens, and number two I would resign," he said.

Another man who's thrown his hat into the ring is Dan "Taxation Is Theft" Behrman, who spoke to Sugerman on Skype because he lives in Cancun, Mexico.

His platform is make taxation voluntary and legalize pineapple pizza.

"As I like to say I may not agree with what you put on your pizza, but I will defend to the death your right to eat it,'" said Behrman. It's a metaphor for the war on drugs, which he's against.

After hearing these stories, Sugerman himself became inspired and is now also among the officially recognized candidates with the FEC.

All it took was answering a couple of quick questions online and 15 minutes later he was in.

He's got our vote! 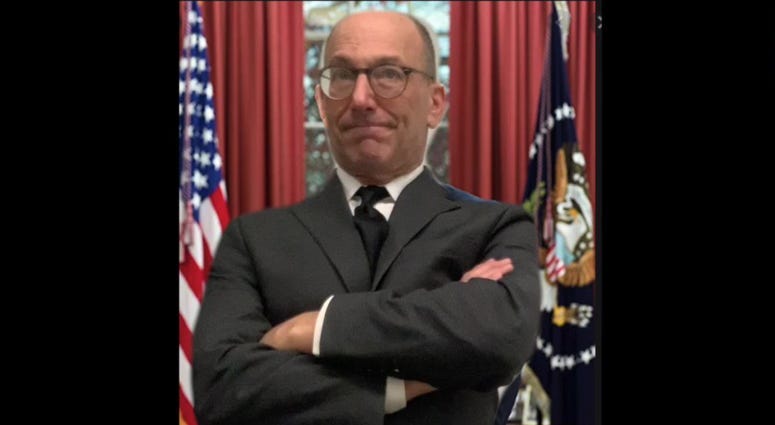