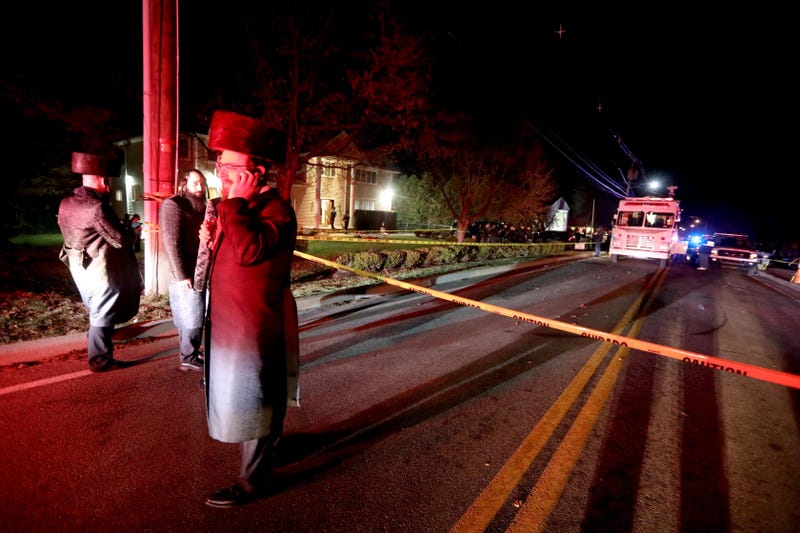 MONSEY, N.Y. (WCBS 880) — Rockland County officials on Monday announced a partnership with a private security firm to patrol synagogues following a stabbing at a Hanukkah celebration over the weekend.

Patrick Brosnan of Brosnan Security Consultants says the security detail will be obvious and will deter any potential attacks.

“They'll be going in a very, very menacing omnipresent truck. This is how it works. You hide in plain sight,” he explains.

.@PatrickJBrosnan said his force, mostly retired NYPD and State Police, will be going around to synagogues “in a very, very menacing, omnipresent truck.” @wcbs880 pic.twitter.com/ljQufJzoEP

As WCBS 880’s Steve Burns reports, the trucks will be filled with Brosnan’s security force of retired NYPD and state police officers. They will be showing up at synagogues across Rockland County that have requested additional protection.

“They will be going in a specific cadence, driven by facts relating to prayer service,” Brosnan explains.

The service is being provided for free until further notice says County Executive Ed Day. The initative was announced on the same day that federal hate crimes charges were brought against stabbing suspect Grafton Thomas.

“We are taking proactive action in order to address the concerns, the fears that are out there,” he said.

RELATED: What To Know: Grafton Thomas, Suspect In Hanukkah Stabbing

He says leadership at the Rockland County Sheriff’s Office is on board with the plan.

“It’s all with the backdrop really, to keep people safe but also to make people feel safe,” the commissioner said on CBS This Morning.

The extra units have been focusing on Crown Heights, Borough Park and Williamsburg.

“We have units from our critical response, our strategic response group as well as precinct officers patrolling these areas. Houses of worship will see increased patrols,” Shea said.

The commissioner notes that police have intensified their efforts in light of the Monsey attack.