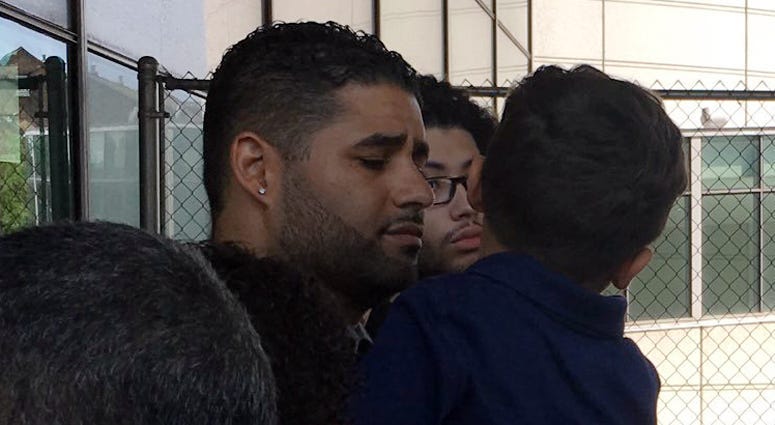 NEW YORK (WCBS 880) — A Rockland County father was left frustrated when the Bronx district attorney’s office asked for yet another delay, five months after he was charged in the deaths of his 1-year-old twins.

Iraq War veteran Juan Rodriguez, 39, found his 1-year-old twins, Luna and Phoenix, dead in the backseat of his car this summer after he finished working an eight-hour shift at the James J. Peters VA Hospital in Kingsbridge.

He told authorities he thought he had dropped the twins off at a daycare before starting his shift.

Rodriguez, who has pleaded not guilty to manslaughter and criminally negligent homicide, has appeared in court several times since his children’s deaths but the Bronx DA has yet to present the case.

The father and his attorney left the courthouse again Thursday feeling more frustrated than ever.

“We can’t have a person, who is fragile to begin with, and his family continuing to come back to court for nothing to happen,” attorney Joey Jackson said. “So yes, it’s frustrating for me as his lawyer, it’s frustrating, you know, to his family. It’s just frustrating all around.”

The prosecutor says a grand jury still hasn't convened on whether or not to indict Rodriguez.

Jackson says five months was enough time to have given the Rodriguez family the closure they deserve, right around the holidays.

Rodriguez is next court appearance is on February 6.

State Sen. David Carlucci, who represents Rockland County where the grief-stricken family lives, believes all these tragedies could have been prevented with the right technology.

He wants any new car registered in New York to have a built-in backseat sensor.