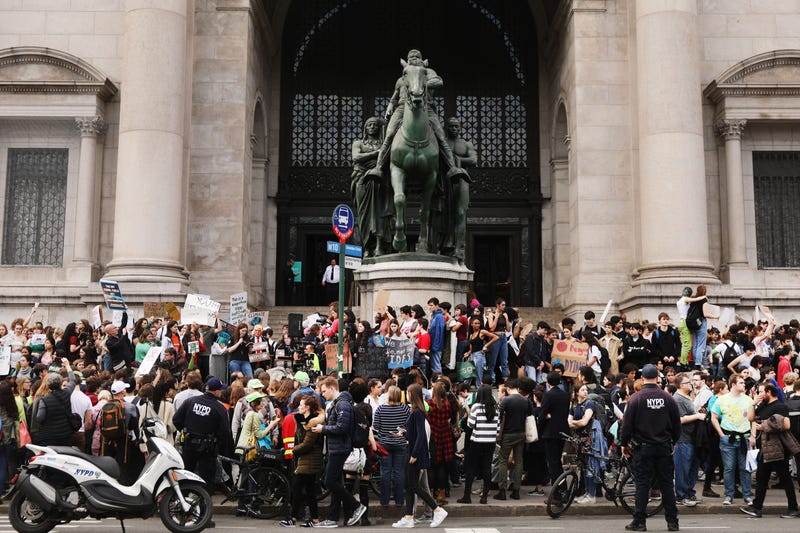 NEW YORK (WCBS 880) – A statue of former President Theodore Roosevelt that has stood in front of the American Museum of Natural History in Manhattan for 80 years will be removed amid ongoing protests for racial justice, officials said Sunday.

The bronze monument—which features Roosevelt on horseback flanked by a Native American man and a Black man—has been at the front entrance of the museum since 1940.

The museum proposed removing the statue to New York City, which owns the property, and the city agreed, according to the New York Times.

“The American Museum of Natural History has asked to remove the Theodore Roosevelt statue because it explicitly depicts Black and Indigenous people as subjugated and racially inferior,” Mayor Bill de Blasio said in a statement. “The City supports the Museum’s request. It is the right decision and the right time to remove this problematic statue.” 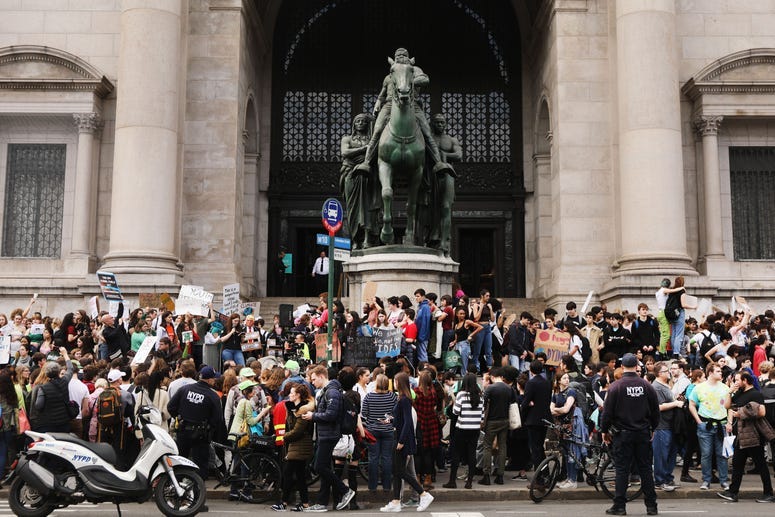 The museum’s president, Ellen V. Futter, said in an interview that “the time has come to move it.”

“Over the last few weeks, our museum community has been profoundly moved by the ever-widening movement for racial justice that has emerged after the killing of George Floyd,” Futter said.

President Donald Trump reacted to the decision on Twitter writing, "Ridiculous, don’t do it!"

Ridiculous, don’t do it! https://t.co/VYez8p9AJh

The decision to take down the statue comes amid weeks of protests over racism and policing in America. The demonstrations have seen controversial statues come down nationwide—both officially and at the hands of protesters.

It’s unclear when the Roosevelt statue will be removed or where it may be moved to. It’s also not yet known what may replace it.