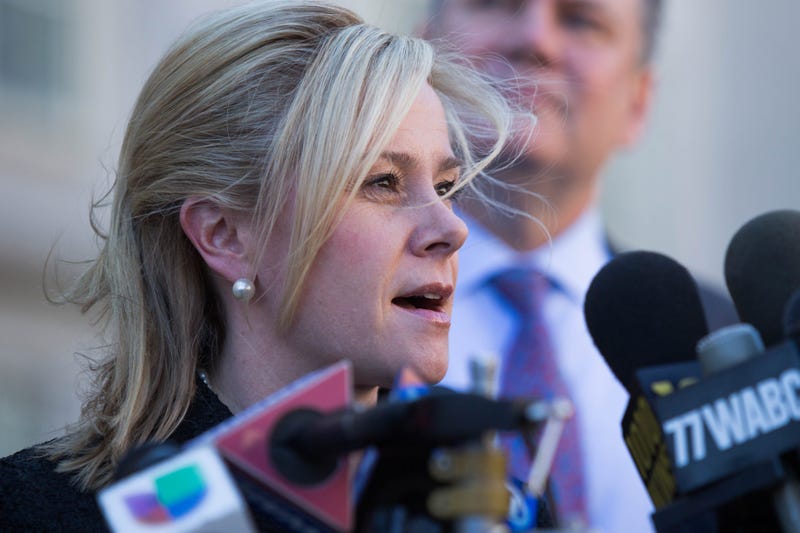 NEW YORK (WCBS 880) – The Supreme Court is hearing arguments Monday on whether to throw out the convictions of two former aides to former Gov. Chris Christie in the 2013 “Bridgegate” lane-closing scandal.

It’s been more than six years since traffic patterns were purposely altered on the George Washington Bridge in what prosecutors said was a plot to punish a Democratic mayor who hadn’t endorsed Christie.

Bridget Kelly, the former aide to Gov. Chris Christie, and Bill Baroni, who was with the Port Authority at the time, have appealed their fraud convictions.

“I just think it’s important for people to understand that I didn’t have the power to do this—ever,” Kelly told WCBS 880’s Peter Haskell after she was sentenced to 13 months in prison.

She says she was scapegoated by Christie and chalked up her infamous “time for some traffic problems in Fort Lee” email to a “poor chose of words and writing an email in terrible haste.”

Christie has always maintained his innocence and was never charged.

“You might focus on whether the money goes into the pockets of defendants or their allies,” Richman said. “And this was not that.”

The court's decision is expected this spring. It could have a far-reaching impact on how public corruption investigations are handled.