HACKENSACK, N.J. (WCBS 880) — Throughout the summer, WCBS Newsradio 880 will be presenting a series of reports looking ahead to the 20th anniversary of the 9/11 attacks.

Our series, "Rising from the Ashes," will tell stories that inspire and teach; stories that honor the sacrifices of that day and how that work continues to impact the lives of others 20 years later.

We begin the series with the story of Port Authority Police Officer Will Jimeno, one of the last people to be brought out of the World Trade Center alive 20 years ago.

Jimeno responded to the burning towers that morning and was helping with the evacuation when the buildings collapsed on top of him.

His miraculous story of survival is told in a new children's book called, "Immigrant, American, Survivor: A Little Boy Who Grew Up To Be All Three." Will Jimeno shared his story with our Sean Adams. 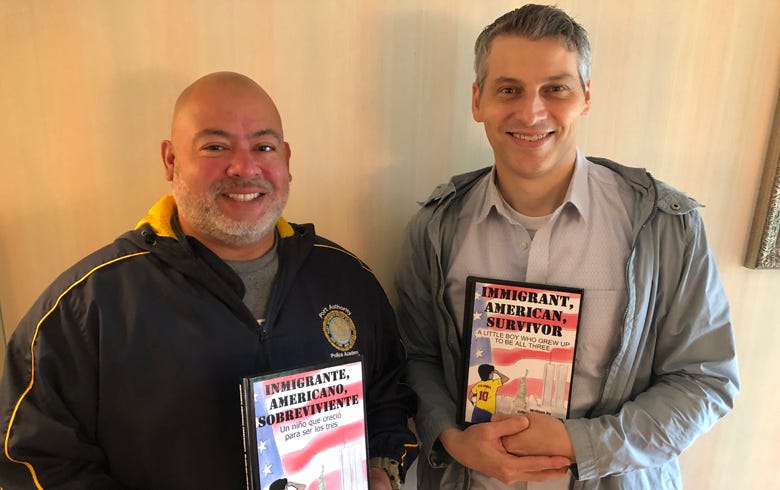 As he lay pinned, trapped beneath the concrete and steel ruins of the World Trade Center, Jimeno kept repeating a phrase in his mind.

"What my mother tells me, 'Nunca te rindas,' which in English is 'never give up' and I want everyone to understand that because that's what I tell kids today," Jimeno said. "You just can never give up on anything you're trying to do, but mostly yourself because on the night that I was buried, you know, that's what I determined, I can't give up."

That's the lesson in a new children's book about Jimeno's life.

He tells WCBS 880's Sean Adams that he wants "to tell children that bad things are going to happen in life, but if you put your mind, your heart, your soul into it and you move forward, you're gonna be able to overcome."

"I always talk about faith, hope and love, those three things, this book encompasses all that," Jimeno said.

The book follows Jimeno from his early days in Colombia to growing up in Hackensack, to the Navy, college, marriage, the Port Authority police department and, ultimately, September 11th. 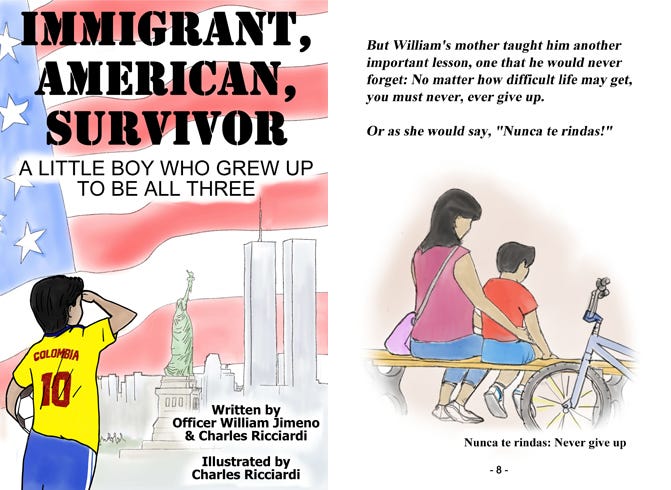 "I love the idea of his immigrant story and the idea that people need to unify and no matter where you come from, what your background is, you know, you can persevere and never give up," he said.

For all generations born after September 11th, Jimeno wants to share with them a message of hope.

"This book was going to give you that breath of fresh air that I think we need on the 20th anniversary not only to remember, but to move forward," Jimeno said.