NEW YORK (WCBS 880) — A bill introduced in Congress last week would require the Department of Justice, Central Intelligence Agency and the Director of National Intelligence to oversee a review into declassifying documents related to the Sept. 11, 2001 terror attacks.

The families of 9/11 victims, first responders and some survivors have been calling on the federal government to release the documents for some time, alleging they will reveal Saudi Arabia financed the attacks.

Connecticut Sen. Richard Blumenthal has been leading the bipartisan effort to get the documents declassified and into the hands of the families looking to sue Saudi Arabia.

He spoke with WCBS 880 this week saying he believes the documents are the key to winning the lawsuit.

He adds that the lawsuit is also much more than getting justice for these families.

“It's about holding accountable a foreign government that may have aided and abetted and enabled an attack on the United States – one of the most unspeakable and heinous attacks in our country's history,” he said.

Multiple administrations have refused to release these documents in the past with many saying that it would be a national security concern.

"No government, and no official, has yet provided any explanation or justification for refusing to release these documents," said Blumenthal.

However, Brett Eagleson – who lost his father, Bruce, on 9/11 – says the investigation by the FBI is now over and the information can be released for the lawsuit.

“It's gone on for too long, quite frankly, and the families are at their wits' ends, it's been 20 years, we've been made promises and assurances from previous administrations, and the time has come,” he said. “As we look to see what's going to happen over the next 30 days, the focus of the world will be on us … And we need to take this opportunity to let the world know, and let the United States know, what our own government has been doing to us. They've been blocking justice, and they've been blocking truth and information. And quite frankly, they've been blocking the closure that we so justly deserve. So, we are really hopeful that we can finally cross the finish line.”

The Justice Department on Monday announced it will be reviewing 9/11 records with a goal of providing the families of victims with more information about the run-up to the attacks.

The announcement came after 1,800 relatives, first responders and survivors signed a statement saying President Joe Biden wouldn't be welcome at the 20th anniversary events in New York City, at the Pentagon and in Shanksville, Pennsylvania unless the documents are released. 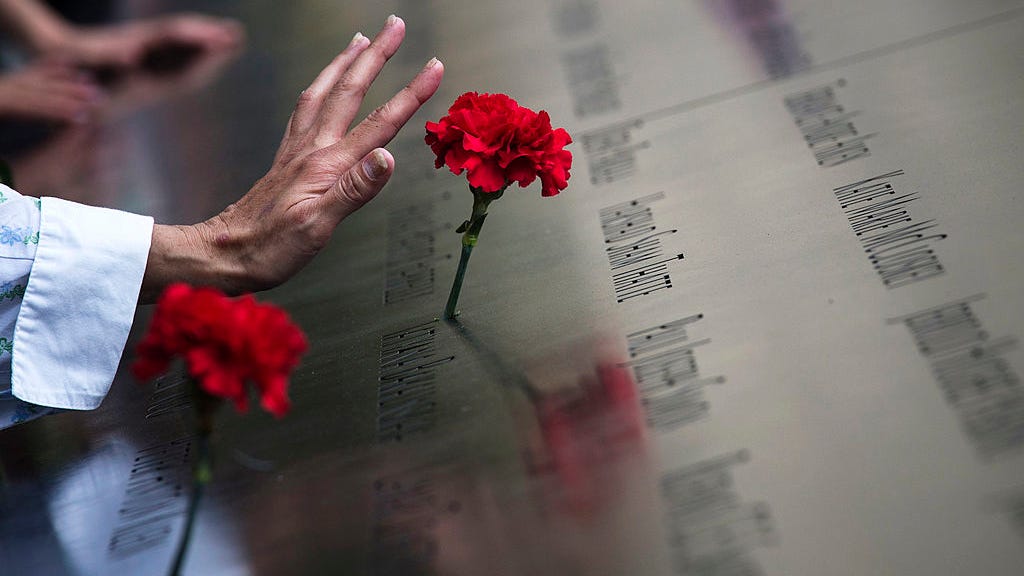