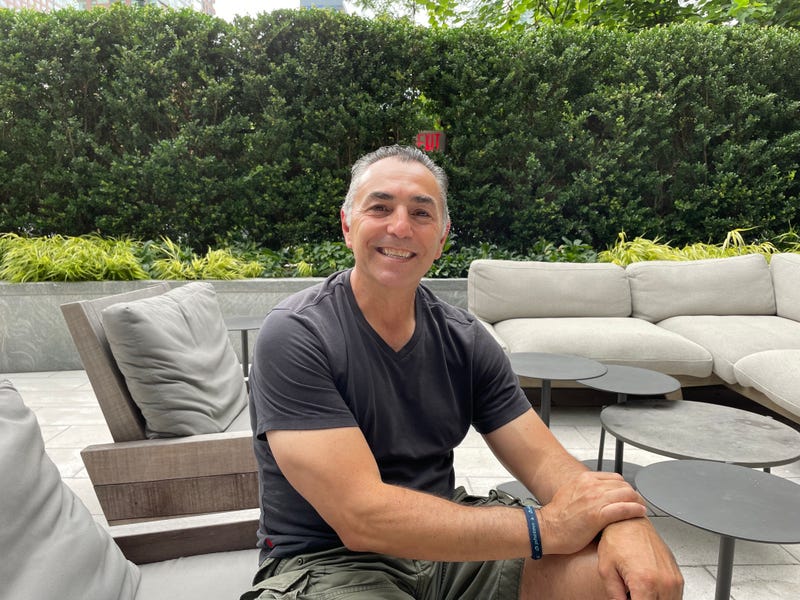 This week, we focus on a native New Yorker who played for the New York Mets and saw the impact of sports on his community.

The Mets were in Pittsburgh when the World Trade Center was attacked and couldn't fly home.

After 20 years, former closer John Franco, who grew up in Brooklyn, can still visualize the burning Twin Towers.

"I get a punch in the stomach," Franco said. "And I remember on the bus as we were crossing over the George Washington Bridge all the guys on the left side of the bus came over to the right side cause we could see Ground Zero with the lights and the smoke and you could hear a pin drop on the bus."

In the wake of the terror attacks, the Shea Stadium parking lot was transformed into a staging area for Ground Zero supplies and the high-priced ballplayers pitched in to help the effort.

"I was the captain of the team and I didn't have to ask any of the players to stay around to help unload trucks or whatever," Franco said. "The guys wanted to do it."

For Franco this was personal.

"I lost two friends who were firemen and a friend who worked for Cantor Fitzgerald," Franco said. "You feel a lot of anger, a lot of hate."

Ten days later, in the first game back at Shea following the attacks, Mike Piazza hit a game-winning blast that to this day lives on in the memories of Mets and sports fans alike.

"All of a sudden when Mike hit that home run, you could feel the energy, and the uplift, and you look in the crowd and you see people screaming and yelling 'USA,' hugging and crying, and us in the dugout I still get goosebumps talking about it," Franco said.

Baseball turned out to be a salve for a wounded city.

"We will never forget what happened, but sports will help you heal and just for that moment make you forget a little bit," Franco said, remembering the sense of unity and purpose that was felt across the city. "The whole city came together as one and we as a city became one big family to help each other out and I was very, very proud to say that I'm a New Yorker."