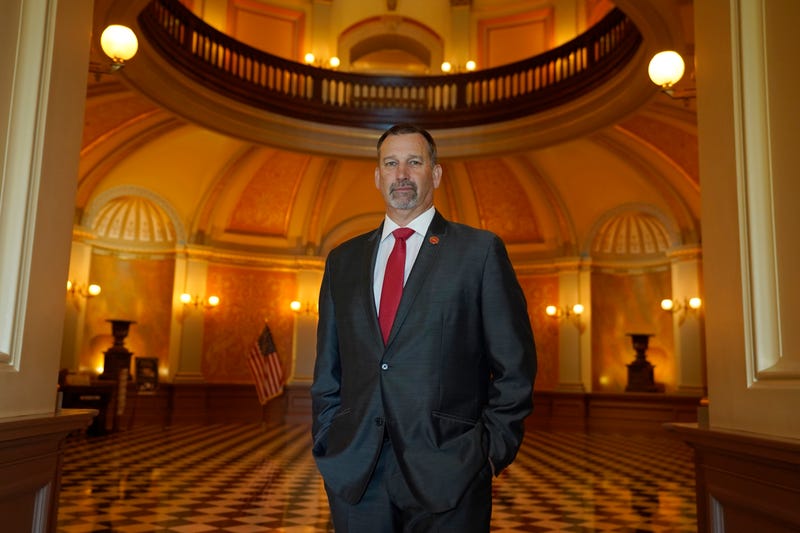 Republican gubernatorial candidate state Sen. Brian Dahle poses in the rotunda of the state Capitol in Sacramento, Calif., Thursday, June 9, 2022. Dahle finished second in California's primary on June 7, and knows it will be hard to defeat incumbent Democratic Gov. Gavin Newsom. He plans to focus on what he says are the problems people care about the most, including high gas prices and rising crime. Photo credit AP Photo/Rich Pedroncelli
By The Associated Press

It’s why Dahle, an affable farmer and state senator from the sparsely populated northeast corner of the state, goes out of his way to make one thing clear: “I’m not a crazy Republican. I’m a reasonable person.”

Whether voters believe he is what he says and not how Democrats portray him will determine how Dahle does against Newsom, a first-term Democrat who is an overwhelming favorite in November.

Republicans haven't won a statewide office in California since 2006 because their candidates generally are little-known, little-funded and identified — rightly or wrongly — as strong social conservatives in a state that's socially liberal. The GOP has seen its share of registered voters shrink to the point where Democrats now have a roughly 2-to-1 advantage and there are nearly as many independents as Republicans.

Under California's primary system, all candidates compete against each other and the two with the most votes advance to the general election. Newsom won last month with 56%, while Dahle received just 17% in a field of more than two dozen candidates.

With Dahle locked in as their opponent, Newsom's campaign moved quickly to identify him as the antithesis to what most Californians want.

“Dahle is a Trump Republican who wants to abolish abortion rights, repeal California’s gun safety laws and is searching for any shred of relevance after getting absolutely crushed by Governor Newsom in (the) primary vote,” said Newsom campaign spokesperson Nathan Click.

Dahle acknowledges voting for Trump, calls himself “pro-life” and says he is a strong defender of the Second Amendment. But he says his record is more nuanced than Newsom's campaign claims.

While he voted for Trump, he has not publicly amplified Trump's lie that he was the rightful winner of the 2020 presidential election. He voted against a proposal to make abortion a constitutional right in California but went against his party and voted for a 2021 bill that would have made contraceptives — including the morning-after pill — much cheaper.

On guns, Dahle voted against a Newsom-backed bill to let private citizens sue people who sell illegal firearms and a bill that would ban the marketing of guns to children. Dahle's office would not comment on a new bill aimed at limiting where people can carry concealed firearms, a response to the U.S. Supreme Court last month overturning the state's law.

He wants to make it a felony to steal a gun, supports enhancements for gang members and others jailed previously who commit new crimes using guns. And he voted for a bill to strengthen a unique California program that confiscates guns from convicted felons who aren't supposed to have them.

His plan to beat Newsom is to focus on what he thinks are the real problems people care about — record high gas prices, rising crime and the state's high cost-of-living — while portraying Newsom, a millionaire businessman and former San Francisco mayor, as an out-of-touch elitist.

“The facts are (Newsom) is a failure. Show me something he is succeeding at. And that's what we're going to talk about,” Dahle said.

As governor, Dahle said he would push to suspend the state’s gas tax, which at 53.9 cents per gallon is the second-highest in the country. He says he would remove Newsom’s appointments to the state Parole Board, which he says often lets “violent criminals out before their sentences are up.”

And Dahle said he would push through hundreds of new permits for oil and gas drilling in the state at a time when California regulators are working on Newsom's plan to ban the sale of new gas-powered cars and lawn equipment.

Newsom won in 2018 with nearly 62% of the vote. He defeated a recall last year by about the same margin. He has $23 million in his campaign account and a record state budget surplus of nearly $100 billion, of which about $9.5 billion will be returned to most taxpayers in rebates to help offset high gas prices.

Dahle has just under $400,000 in his campaign account. He's asking supporters to donate $1 a day to his campaign. He needs about 200,000 people to do this to catch up with Newsom's fundraising — which isn't likely to happen.

“The key to his success would be in drawing the earned media attention necessary in order to define himself beyond the party label,” said Rob Nehring, former chair of the California Republican Party and the 2014 Republican nominee for lieutenant governor. “If this is only a party preference vote even in a strong Republican year, he’s likely to come up short.”

Dahle was raised in Bieber, a tiny community of a few hundred people in the northeast corner of the state. His grandfather, a World War I veteran, came to California during the Great Depression and got a land grant in Siskiyou County that, according to family legend, he won when his name was pulled from a pickle jar. The deed is signed by Franklin Delano Roosevelt, Dahle said.

Dahle didn't go to college. He tried farming out of high school, but quickly lost money. To pay his creditors, he packed a lunch and stood outside of a lumber mill every morning for three days until the owner hired him. He worked construction for a few years, including some long hours in a gold mine, before starting a seed business that he still owns.

He won his first race for the Lassen County Board of Supervisors by beating a popular teacher from the town of Susanville where most of the voters lived. He won a seat in the state Assembly by beating Rick Bossetti, a former professional baseball player and mayor of Redding, the largest city in the region with about 90,000 people.

And he was elected to the state Senate by beating Kevin Kiley, a fellow Republican in the Assembly who lived in a much more populated area.

“He did the things that you need to do and he surprised his opponents,” said Jim Chapman, a Democrat-turned-independent who served on the board of supervisors with Dahle. “ He’s got a very charismatic demeanor and right off the bat, from the moment I met him, I knew this guy was going to go somewhere.”

Government life has seemed to suit Dahle and his family. He proposed to his wife, Megan, during a supervisors meeting. Now, Megan is a Republican in the state Assembly. They’re like most married couples, except when they disagree it can be part of a public record.

“I just tease him and tell him, well, he was probably wrong,” Megan Dahle said of the times they voted differently on legislation. “He’s a farmer, so he works hard and he has great relationships with people. They can trust him.”

When he arrived in Sacramento, Dahle endeared himself to legislative colleagues in both parties by hosting tours of his district, which includes picturesque farmland in the shadow of the Sierra Nevada. In 2016, he worked with a bipartisan group of lawmakers to pass a law aimed at stopping patients from receiving surprise bills from health care providers outside their insurance network.

Last year's recall election essentially cleared the field of Republicans this year, as none of the top candidates opted to challenge Newsom again. That created an opportunity for Dahle, who will be termed out of the Senate in 2024. He realizes his success rests on a sudden political reversal in a state that's been moving more left with each election.

“I've seen the pendulum swing, and when it swings, it swings fast,” Dahle said. “So my message is, ‘Hey, do you want what you’ve been getting? How about try something different?'” 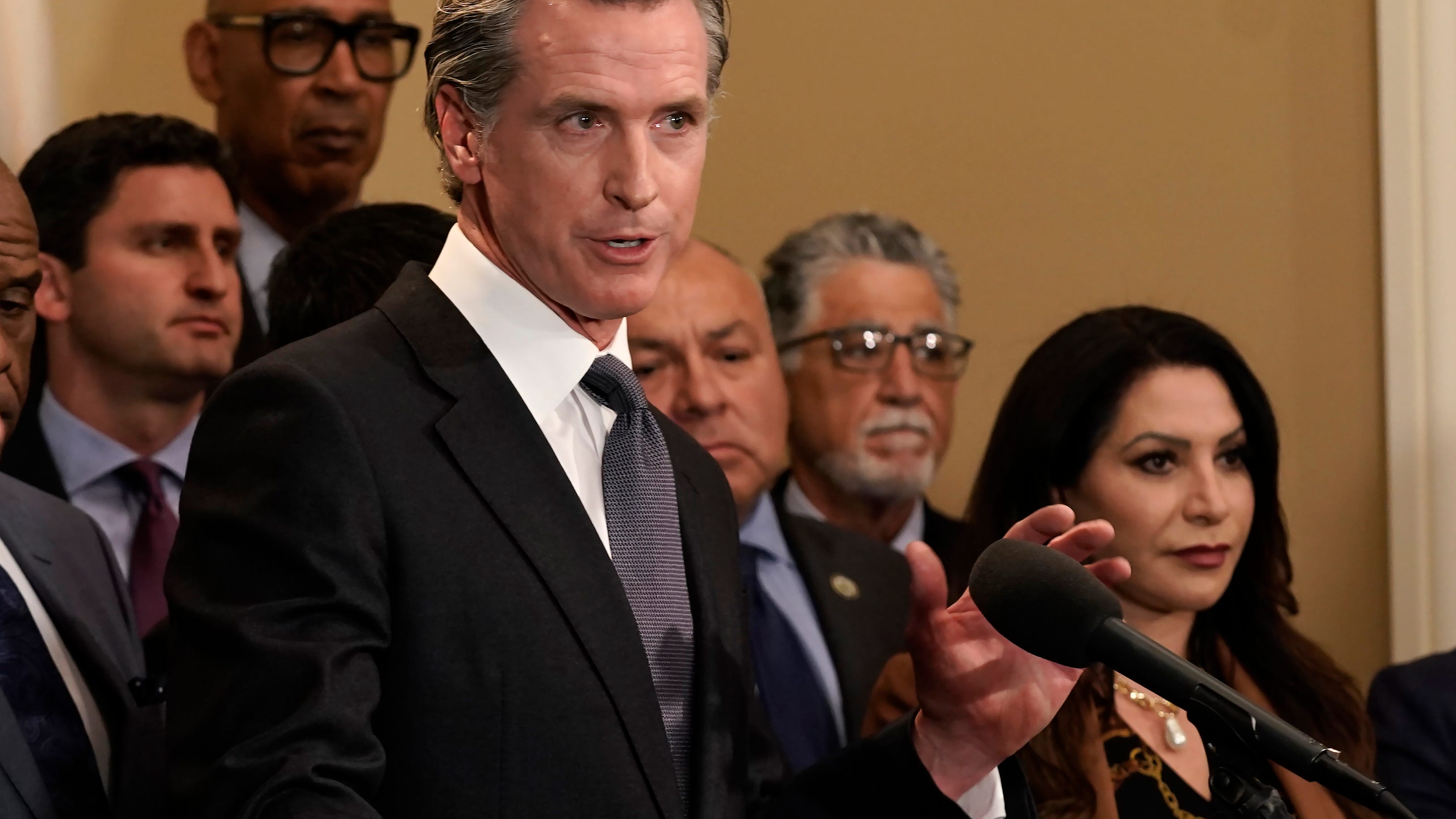 'Join us in California': Newsom targets GOP in Florida ad 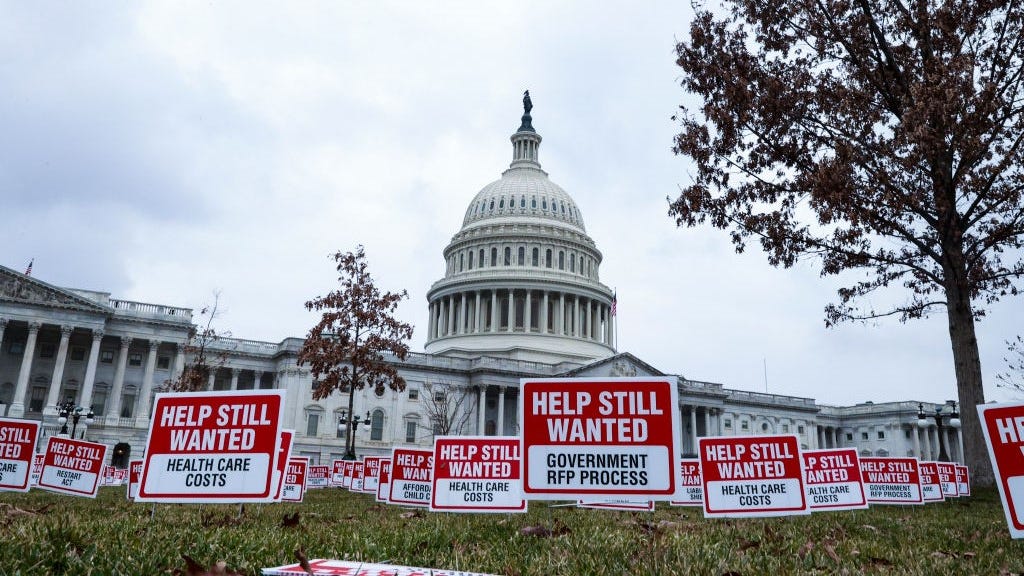 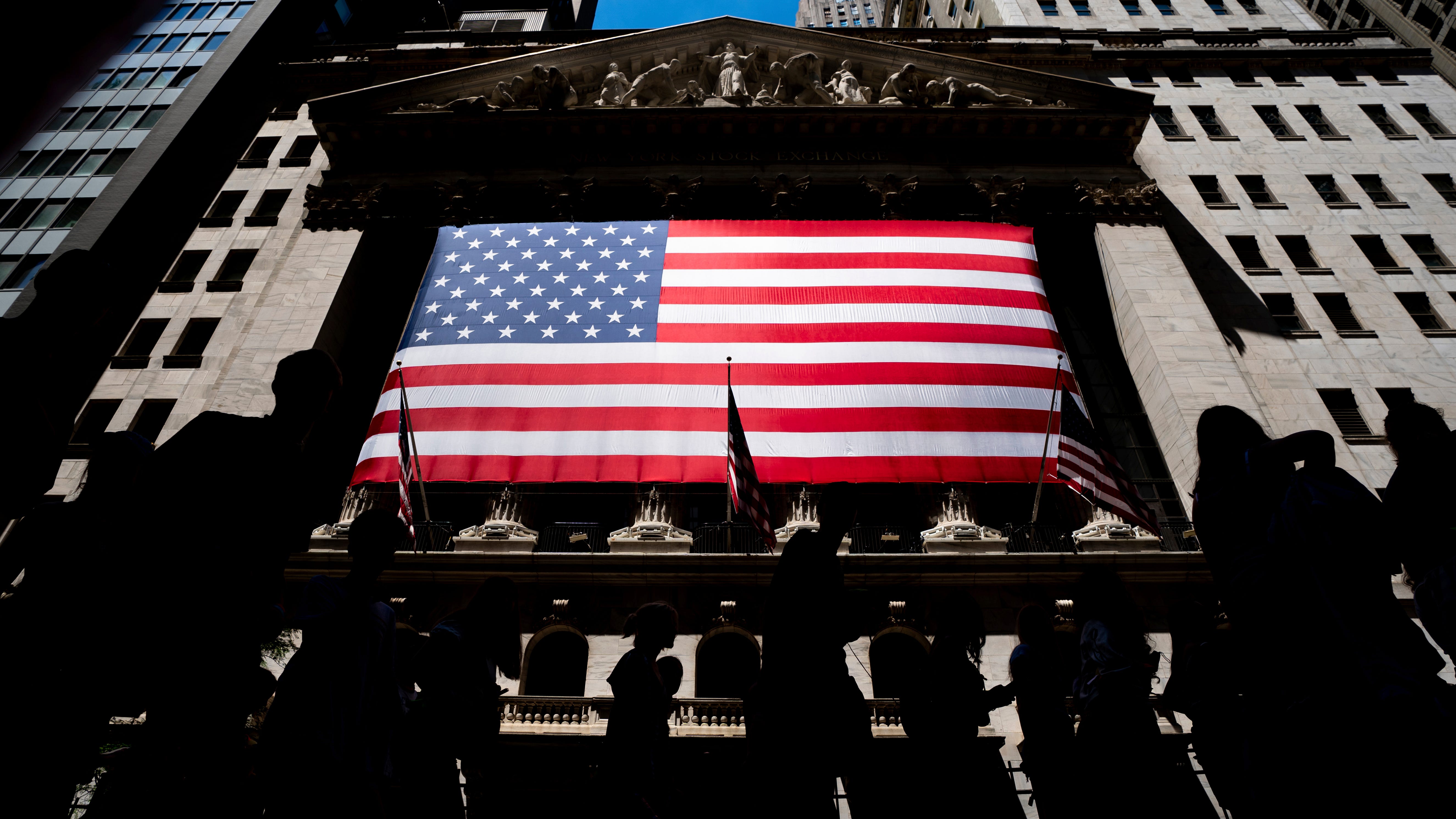 US indexes shake off an early slump and eke out gains