The Chicago Bulls lost a second-round pick after the league investigated their offseason acquisition of Lonzo Ball, finding that the team had engaged in illegal early discussions. We can only imagine how all of that would look if Ball hadn't been playing at a high level to this point in the season and the Bulls were set to suffer even further as a result.

Luckily, we don't have to worry about that. Ball has been better than just "good." He's been excellent. He's launching seven treys per game and knocking them down at a 42.6 percent clip, by far the best of his career. He's doing his usual thing in terms of facilitating a good offense and distributing the rock to his many skilled teammates, finding enough of the ball to score in double digits himself. Defensively, he's been stellar at stripping opponents with 1.7 steals per game (13th in the NBA) and wreaking havoc overall, with the sixth most defensive win shares in basketball (1.3).

But most impressive is a statistic that we haven't listed yet: blocks. For a point guard, his ability to affect opponents' shooting in the blocks department is something that's atypical for the position. And sure, he might be taller than most other PGs at 6-foot-6, but the impact remains the same.

As of right now, with 1.0 blocks per game, he's the only point guard in league history to post such a high average while also qualifying for the blocks per game leaderboard (h/t Reddit user JoeBiden2020FTW for the great find). Here's the list of guards to average 1.0 blocks per game over the course of a season and qualify for the year-end leaderboards, featuring a handful of talented shooting guards but no other point guards (via Stathead):

Dennis Johnson, who ranks at No. 3 on the list, did play point guard for much of his career. However, he was a shooting guard for the majority of his early career, including in that 1978-79 championship season in Seattle when Gus Williams played at the point. It's also worth noting that Matisse Thybulle is on a tear of his own this year, but that's not something that's particularly surprising if you're aware of just how unprecedented the Australian's career has been on the defensive end of the floor. 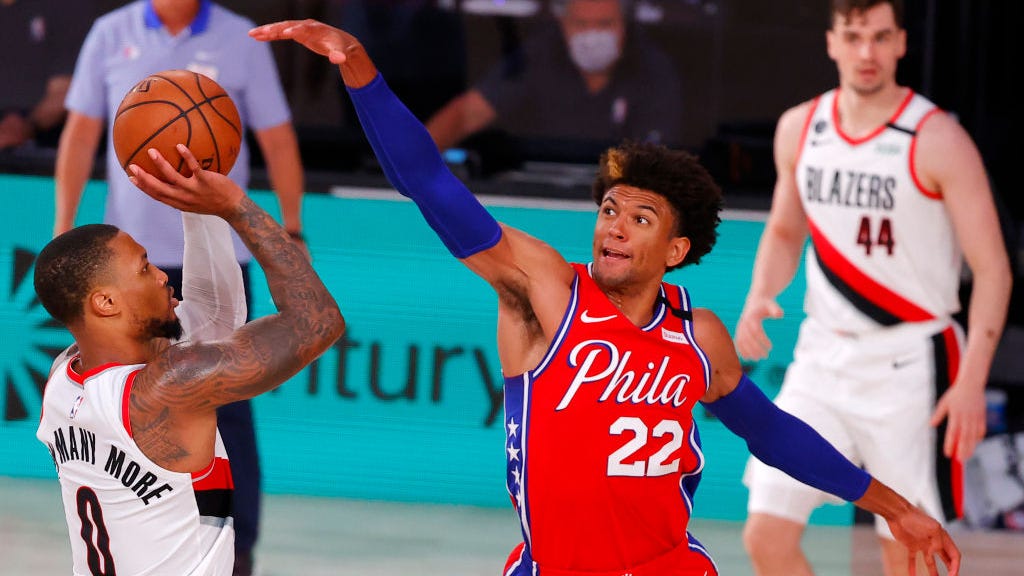 As another savvy Reddit user pointed out in the comments, John Wall has had some similarly awesome seasons in the blocks category, though he did not qualify for the leaderboards in the one season he exceeded a block per game, appearing in only 41 contests.

Some other names that you won't see on the above leaderboard are players like Michael Jordan (1.6 blocks per game in 1987-88 season) and Vince Carter (1.5 blocks per game in 1998-99 season) because they qualified as guard/forwards according to Stathead's database. Still, those names don't affect the fact that Ball is the lone point guard with an average of a block or more, and that's the main focus here.

A great angle of an incredible Lonzo Ball block pic.twitter.com/YvGu3nyPqb

We'll see if this figure is sustainable, but it's probably realistic not to expect that to be the case. After all, he's had 10 blocks over his last three games, with a magnificent four-block performance to go along with 20 points, 10 rebounds and four assists in Chicago's win over Denver on Monday. But if he keeps posting these ridiculous stat sheet-stuffing lines, anything is possible.