Martindale inherits a defense that just lost its top corner, James Bradberry, to cap casualty, as well as hybrid safety and former corner Logan Ryan. That leaves Adoree’ Jackson as the top guy, but Martindale sees a lot of value in other young corners on the roster.

Particularly Aaron Robinson, last year’s fourth-round pick that Martindale thinks can be more than just a slot corner inside at the NFL level.

“I like A-Rob a lot, I think he’s been doing well,” Martindale said. “I think that from what I've seen, my evaluation with it is the game is slowing down for him, like any rookie going into his second year. But when you put him outside, I think it slows it down even more from being inside. It's like walking in middle of the street when you're inside, compared to the outside, you're just standing on the sidewalk and you see things a lot better, a lot easier.”

Big Blue also still has Darnay Holmes, who played 11 games last year, and Martindale also saw the Giants add two players familiar with his system in Maurice Canady and Khalil Dorsey, as well as Cor’Dale Flott in the Draft, and that depth will be important – as Wink knows from last season. 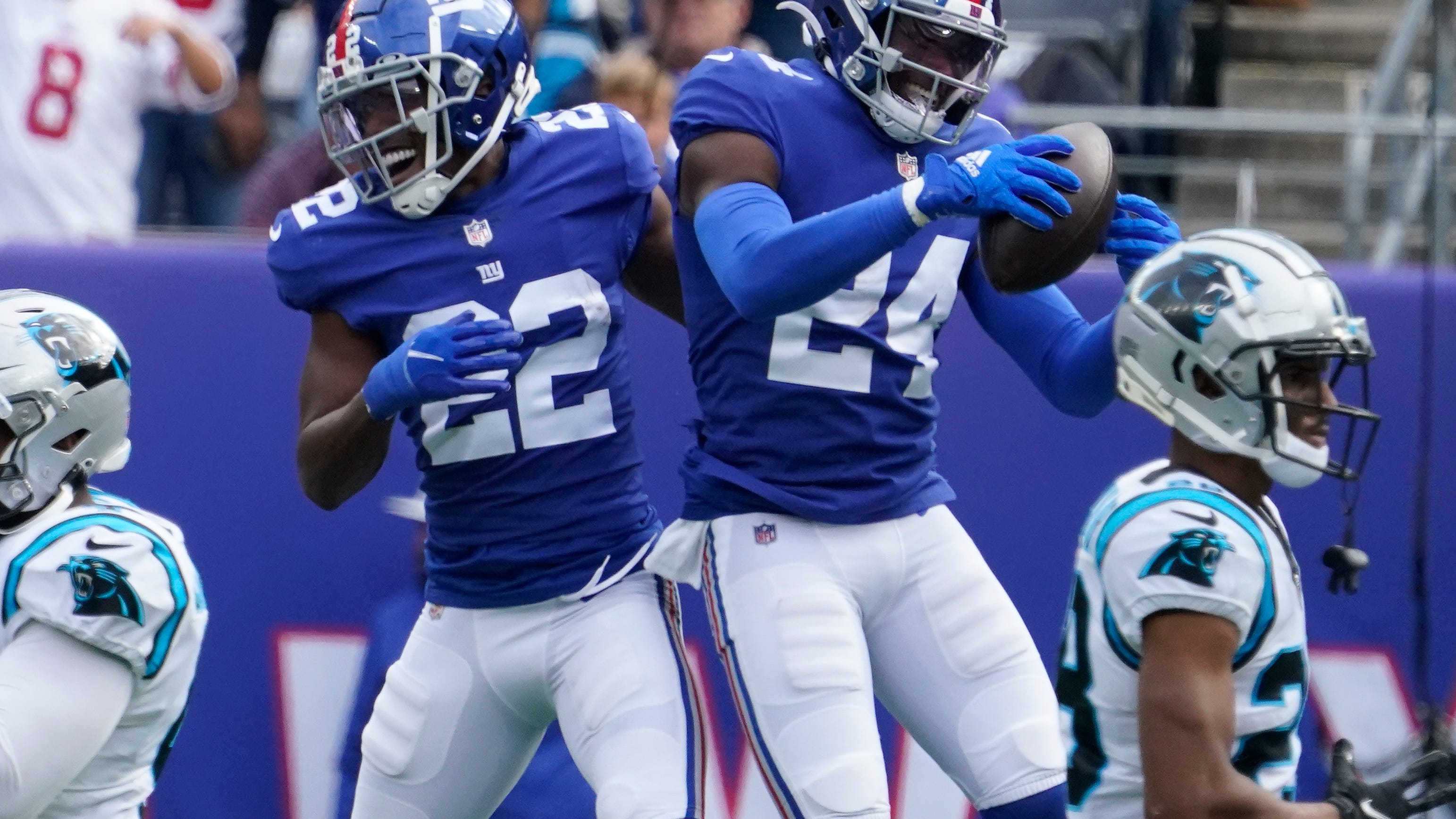 Adoree' Jackson on losing James Bradberry to Philly: 'It sucks'

“I think that just everything's in perspective. But I mean, football, this is a tough profession,” he said. “Everybody is drafting wide receivers in the top part of the Draft. It's great challenge.”

And, while he’s excited with what he has so far, he knows it’s still just early into OTAs, so a lot will still be sorted out later this summer when the Giants finally get into pads and preseason practices.

“They’re all competing, but it's hard when you sit there and look at all the different corners right now because of how early it is. You know, we haven't even had a practice in pads yet,” Martindale said. “And also, they are not in their top training camp fall shape yet. But what I've seen, I really do like. I love that room. And I think we've got the best secondary coach in the league, Jerome Henderson. I'm excited for that room.”

Martindale does, though, have a message for those who think the secondary will regress without Bradberry and Ryan: