Make no mistake about it…the COVID outbreak is not the sole reason why the Islanders are sitting in last place in the Metropolitan Division. It’s fair to say that some of the Islanders’ problems have been self-inflicted because there were issues before the team was overwhelmed with cases.

Knowing that there was going to be a delay in the completion of UBS Arena, the Islanders could have decided to start the season with some home games at Nassau Coliseum, and then open up their new home at a later date during the season. Had they done that, it would have been a financial hit since they would not have been able to accommodate all of their season ticket holders…and besides that, the team was just determined to never step foot in “The Barn” again. The fact that they chose to play their pre-season games in Bridgeport is all the proof that you need to understand that.

Because UBS Arena was not going to be ready until November 20, the Islanders began the season with a 13-game road trip. They were 5-2-2 on that excursion before losing the final four games, and it was at the tail end of the trip when Josh Bailey tested positive for COVID and Ryan Pulock suffered a lower-body injury that would sideline him for four-to-six weeks. The Islanders clearly weren’t firing on all cylinders during the trip and that included a very ineffective power play.

Why did it take the NHL so long to postpone games?

It would have been very difficult to postpone the first-ever game at UBS Arena, but they could have put the Islanders on pause starting with the November 21st game against Toronto. The Islanders have been playing with a plethora of call-ups from AHL Bridgeport and they’ve lost four more games, extending their losing streak to eight.

There was a report that the Islanders asked the league to postpone games, but in a Saturday Zoom with reporters, Isles GM and President Lou Lamoriello denied that.

“I have never asked for games to be postponed,” Lamoriello said. “We have to trust, and we do, their decisions.  What goes into these decisions and what statistics allow them to make these conclusions.  I’m not privy to that so all we can do is respond to what their decisions are.”

Just when the Islanders return to their Northwell Health Ice Center practice facility at Eisenhower Park is very much up in the air. They will need three days of negative tests in order to return to practice on Wednesday, and then perhaps play the San Jose Sharks at UBS Arena on Thursday. Beyond that, the Islanders are scheduled to play the Red Wings in Detroit on Saturday and then return home to face the Blackhawks on Sunday.

“I’m sure there will be a conclusion after (the three days of testing) as to whether we play the San Jose game or not,” said Lamoriello. 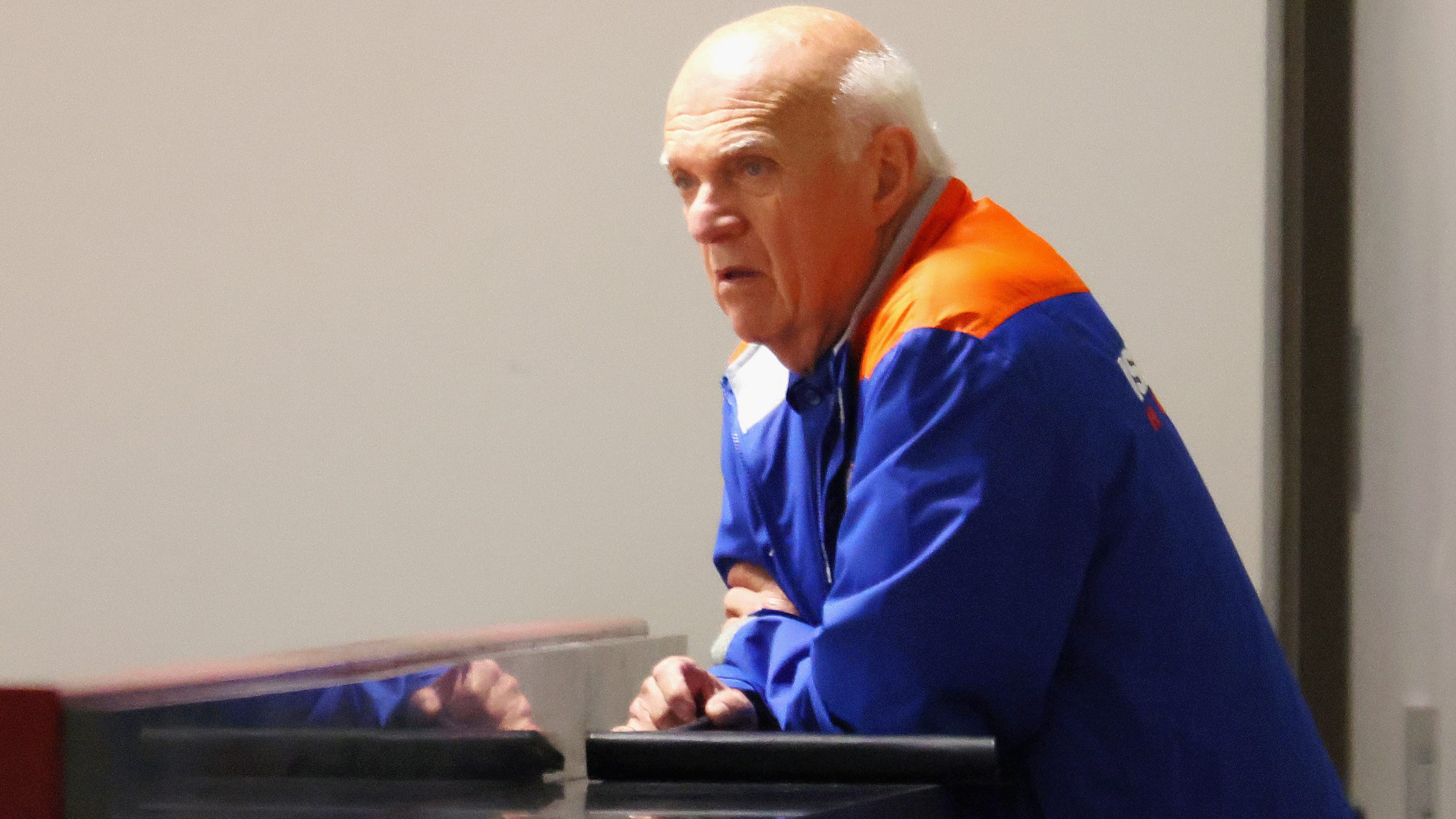 Schwartz: Islanders focused on task at hand in the midst of a COVID-19 outbreak

The Islanders have not publicly expressed disappointment with the league about why it took so long to start postponing games, but there certainly has been an outcry from the media and the fans on social media about it. There is confusion about the decision because there isn’t an exact threshold set by the NHL as to how many players have to test positive for a team to be shut down.

But, look at the team that the Islanders rolled out for the home opener, and then subsequently in games against the Maple Leafs, Rangers, and Penguins. It was embarrassing to the league and it certainly had to be frustrating for the fans who spent big money on tickets for the inaugural season at UBS Arena.  You also have to take the opponents into consideration, as they were exposing their players to an Islanders team that was in the middle of a COVID outbreak.

Are the Islanders frustrated? If they are, they’re putting forth a great poker face.

“I have to practice what I preach,” said Lamoriello. “What we have no control of, you can’t be distracted by and all you can do is just stay focused on what you do have control of and our coaching staff has done that. We’ve asked our players to do that and I think they’ve done a tremendous job over the set of circumstances starting off with being on the road, coming back and having one practice going into a new facility and then being hit with the COVID.” 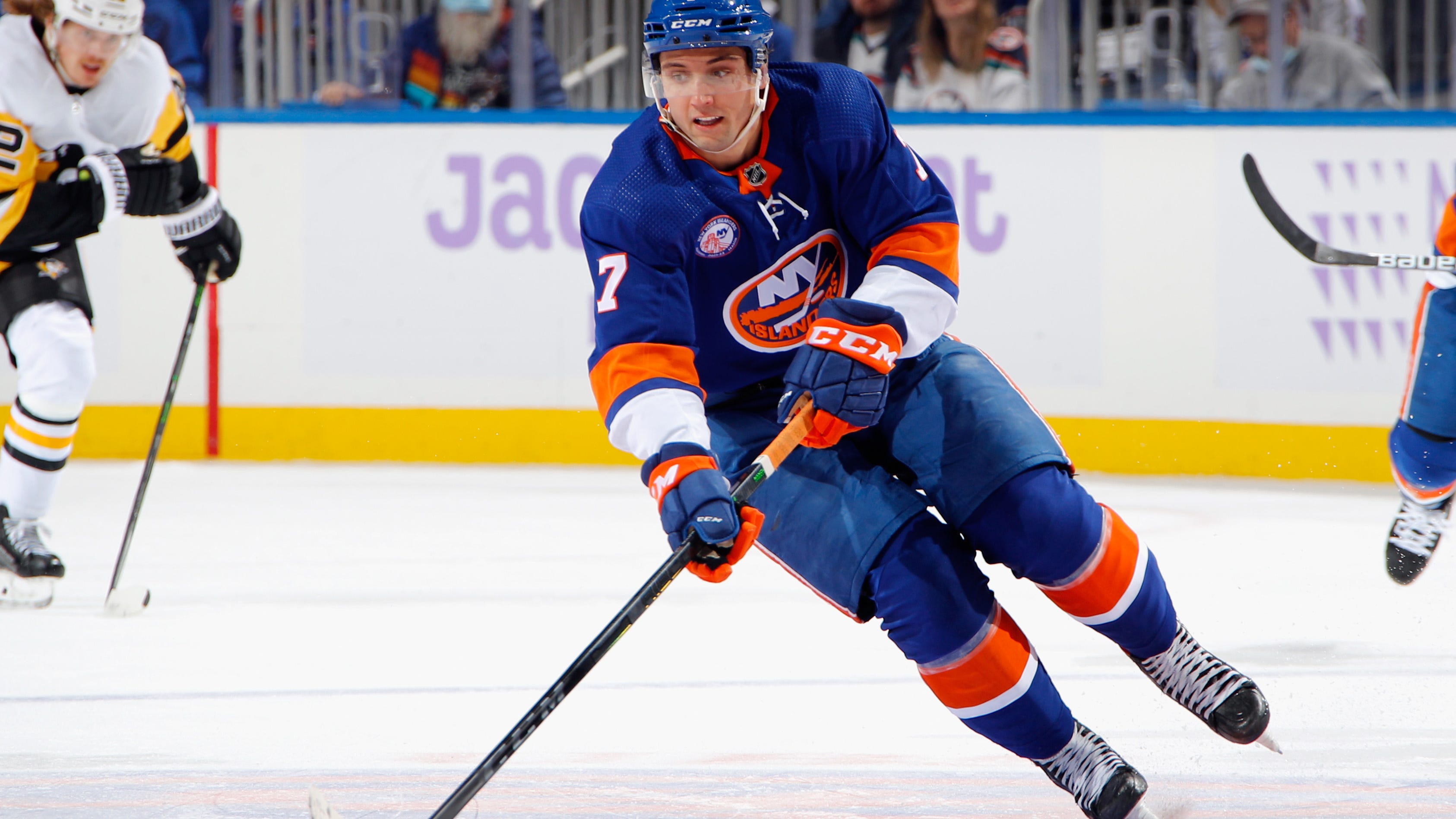 Islanders' games against Rangers, Flyers postponed due to COVID concerns

The Islanders are not 5-10-2 just because of the NHL’s delay in reacting to the COVID outbreak. You could tell early on during the road trip that the Isles weren’t at the same level of play that took them to the NHL’s final four in each of the last two seasons, but it just wasn’t a good look for the league to have a team playing in the No. 1 market and, also opening up a new building, put a team on the ice with so many players called up from the minors.

But at the end of the day, the NHL did not do right by the Islanders waiting so long to start postponing games. When you have a passionate fan base upset at having to go to games, you know that something was wrong.