Chi Chi Gonzalez was at the Yankees’ alternate camp site in Somerset on Saturday when he got some big news: he was headed up to the Bronx on Sunday to start for the New York Yankees.

“I was very fortunate and grateful and when they told me the situation, I was ready to come,” he said after his outing Sunday, which saw him throw 4 2/3 innings of one-run ball.

Because of a doubleheader in Texas on Tuesday, the Yankees needed a spot starter sometime between Saturday and Tuesday to fill in one gap between Gerrit Cole’s final two starts. They could have waited as late as Game 2 Tuesday for a 29th man, but with the alternate site so close and rain in the forecast Sunday, the team decided to add Gonzalez, ostensibly to not potentially lose a full start from one of their nominal five rotation members.

Exciting for him to pitch for his third MLB team of the year and fifth overall, but made even better by his catcher: Jose Trevino, who was his teammate at Oral Roberts a decade ago and was also in the Rangers organization with him from 2014-16.

“It was more anticipation because I haven’t seen Jose in so long; I was fortunate to make this debut with him, so it was awesome,” Gonzalez said. “Jose makes every pitcher feel confident and comfortable, and it was awesome having a familiar face when I got here to talk about the game.” 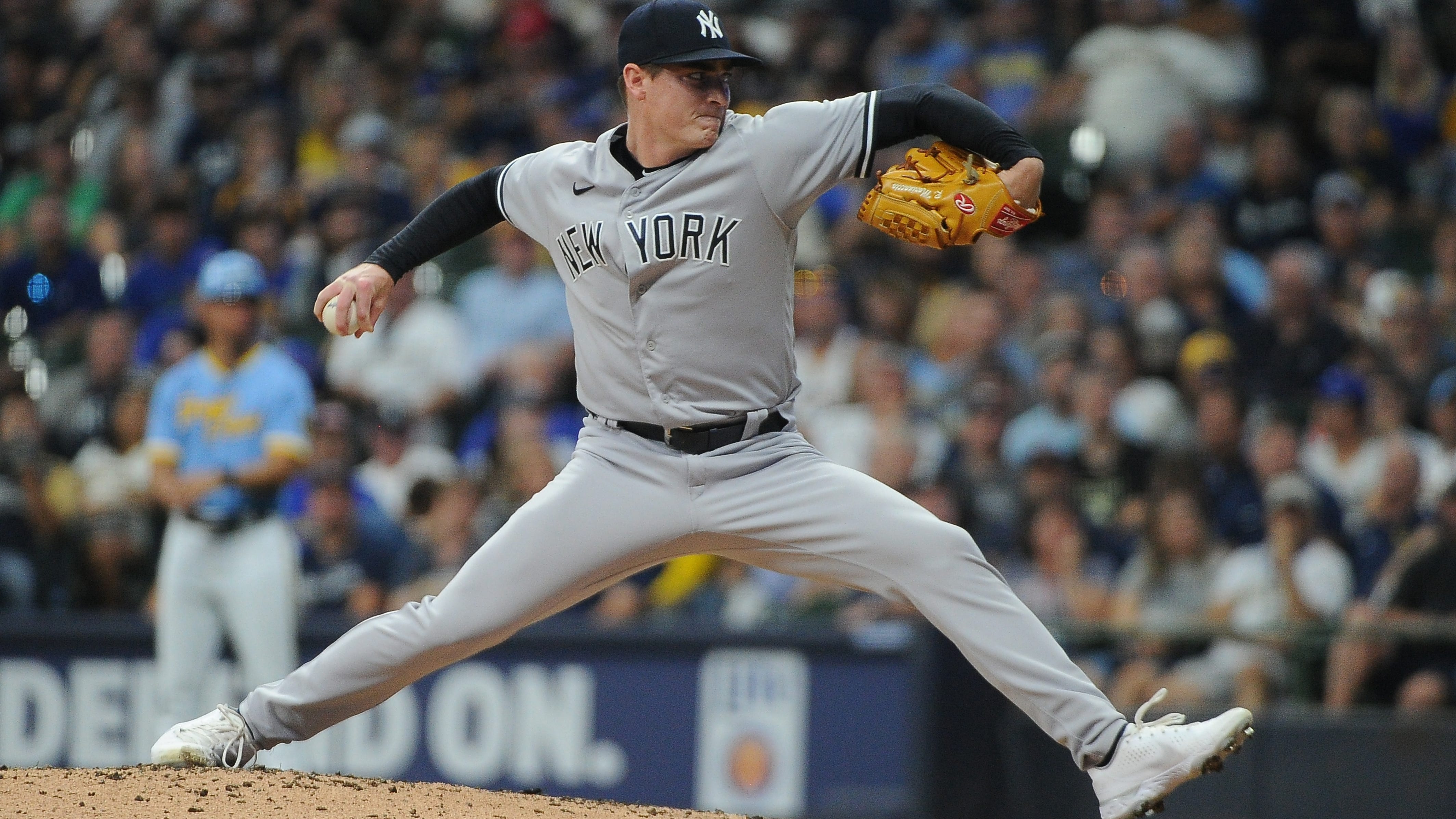 He was a little nervous heading into the game, but settled in once he started warming up and got a chance to soak in the atmosphere and embrace it.

“It was almost like my first time pitching again…it was awesome,” Gonzalez said. “A great time with a great team chasing history, very enjoyable. Just electric.”

Gonzalez pitched well in what manager Aaron Boone called a “show up and go” situation, getting into trouble in the first but ending up throwing 4 2/3 innings of one-run ball that Boone called “impressive.”

“He found himself in a jam and gave up the run, but made a pitch to work out of it and then settled in and pitched into the fifth. That was really nice for him to kind of get us off to that start, and he handled himself really well,” Boone said.

And, he did it in Yankee Stadium, on the day of the final home game of the year, with Aaron Judge once again trying to set a new team and AL record for home runs in a season…meaning the atmosphere was electric from start to finish, something he really didn’t see in his month at Triple-A Scranton/Wilkes-Barre. 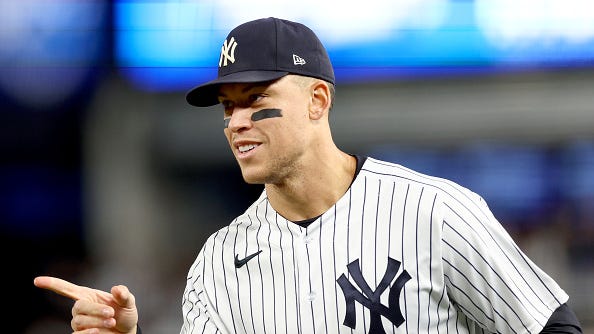 “It was amazing, and it shows how true these fans are: they’re aware of everything,” Gonzalez said. “It’s awesome being in this atmosphere, and makes being with the Yankees even better.”

As is the dark side of baseball, Gonzalez is likely to be designated for assignment and hopefully sent back to the alternate site on Monday, but he leaves the Bronx with a souvenir: he has the ball from his first Yankees strikeout, when he fanned Cedric Mullins to open the game.