The Yankees were almost guaranteed to push one of their starters to the bullpen in the postseason, even with the schedule having the ALCS play Games 3-7 (if necessary) on five straight days – but now, it’s all but guaranteed to be two.

Speaking to the media before Sunday’s series finale against Boston, Yankees manager Aaron Boone admitted that it would be “tough” to get Frankie Montas back in time for the playoff rotation, and that he might end up in an opener/relief role.

Montas is on the injured list retroactive to Sept. 17 with shoulder inflammation, but received a cortisone shot and was shut down from throwing for 10 days – meaning he won’t even pick up a ball until late next week, barely a couple days before he is eligible to return from the IL on October 2.

Double-A Somerset’s season will end Tuesday or Wednesday and Triple-A Scranton’s ends Wednesday, so the only chance Montas would have to get into an actual rehab game (if any) would be if the RailRiders make it to the Triple-A Championship Game, to be held next Sunday in Las Vegas.

New York’s magic number to clinch the AL East is three, the same magic number they have to clinch a bye for the AL East, so chances are the Yankees will have five days off between the end of the regular season Oct. 5 and ALDS Game 1 on Oct. 11. 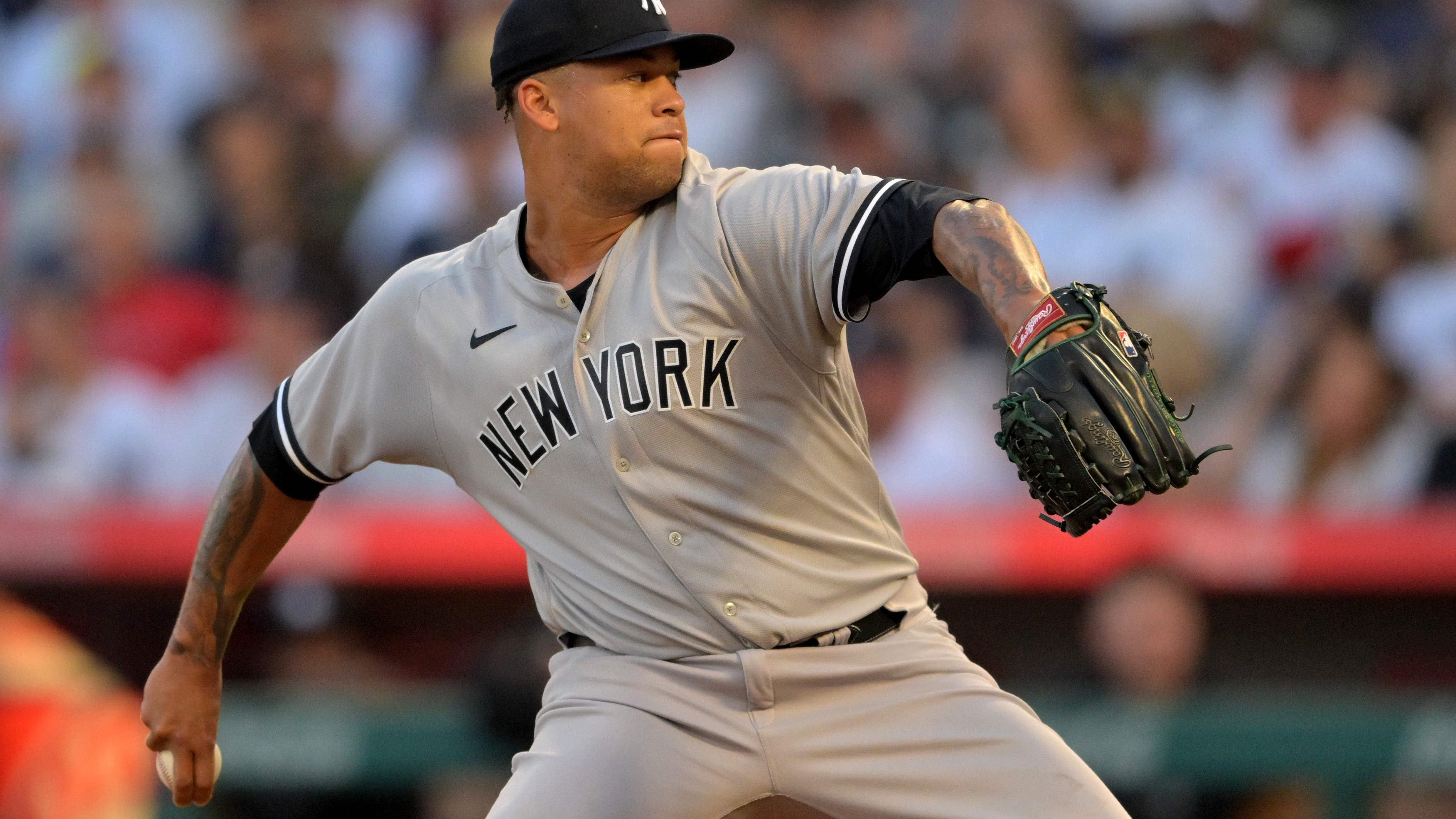 Frankie Montas shut down for 10 days, but not worried about shoulder inflammation

The ALCS begins Wednesday, October 19, so that might be a better timeline for Montas to get throw two-plus weeks of throwing in time to return in a relief role, as the Yankees would have to eliminate someone from both the DS and CS if they were to add Montas to the roster mid-Division Series.

Domingo German is the likeliest candidate to move to the bullpen from the current rotation, and adding Montas to that list of possibilities further clouds a postseason bullpen decision that reportedly had the Yankees considering designating Aroldis Chapman for assignment.

Montas has a 6.35 ERA in 39 2/3 innings over eight starts as a Yankee since being acquired.