Buffalo N.Y. (WGR 550) -  Ever since their overtime loss to the Tampa Bay Lightning last Monday night, the Buffalo Sabres have been on a bit of a roll offensively.

Including the loss to Tampa Bay, the Sabres have scored, at least, four goals over that stretch, going 2-1-1 with wins over the Detroit Red Wings and the San Jose Sharks.

Over the last seven games, the Sabres have scored 33 goals (4.71 goals per-game), and have gone 4-2-1 in that stretch. Overall this season, Buffalo's 3.80 goals per-game average is third in the NHL only behind the Boston Bruins and Dallas Stars.

One of the engines for the Buffalo offense this past week was center Dylan Cozens, who registered four goals and five assists for nine points in four games. That was good enough to earn the 21-year-old the "Second Star of the Week" honors by the NHL for the week ending on Dec. 4.

Cozens is currently tied for fourth on the Sabres roster in scoring with 24 points (9+15) in 25 games played. 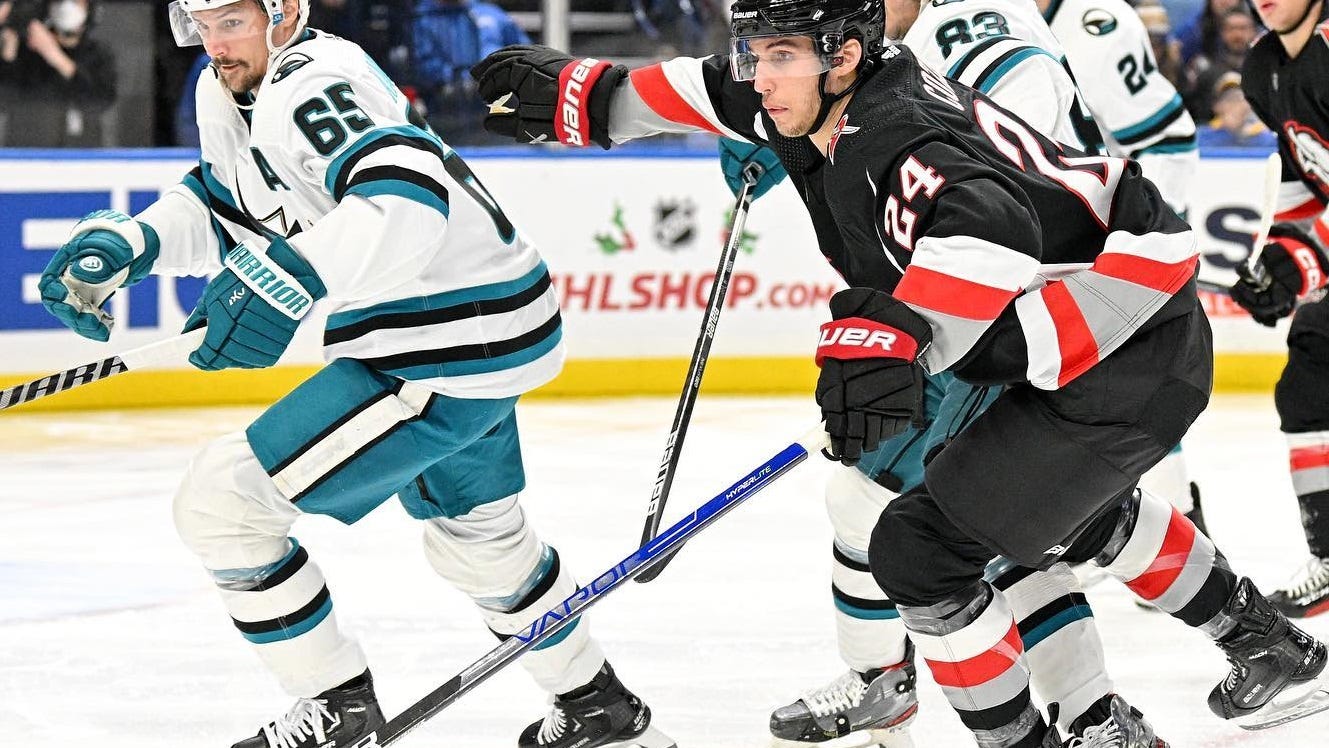 Sabres head coach Don Granato joined the “Howard and Jeremy Show” on Tuesday, and has enjoyed Cozens' competitive nature since they both joined the organization in 2019.

"I've enjoyed coaching him, being around him," said Granato on Tuesday with Howard Simon and Jeremy White on WGR. "He loves the game, and he just loves to compete. He's one of those guys that when he has a bad night and he's just not feeling it, he'll compensate in other ways. Early in his career when we saw him drop the gloves a few times, we had to convince him that might not be the way to go every time you feel a little bit frustrated. But the point is, you see how competitive he is, and this is not a surprise that, at some point, he was going to push through it produce more-and-more."

The line of Cozens, Jack Quinn, and JJ Peterka has become a huge source of secondary scoring for the team, with Peterka and Quinn each having 14 points on the season as rookies. Granato wants the trio to get as much experience as possible playing together.

"When you have that youth that you know is talented and you give them experiences, they're becoming more experienced players and able to apply it faster," Granato said. "It's awesome to watch, and to have that line shape up the way it is, you can see in practice usually before the guys that can implement something in the game. I'm speaking of young players, you see their confidence in practice, their ability to execute at a high level in practice. Then the nerves, anxiety set in at game time, and pressure, obviously, pressure even from older players on the team. But you know that at some point, that's going to transfer. what they're doing in practice, in a game. With that line, it's transferring really quick now."

In the last 7 games, Cozens is second in NHL scoring with 12 pts. Skinner is first with 13. https://t.co/nGGDpG11JC

While the Cozens line has been producing for the Sabres, it has allowed the Tage Thompson, Alex Tuch and Jeff Skinner line to not have to carry the load when it comes to scoring. Granato knows that depth is a real key, and that line has been a help to the Buffalo offense.

Even with the Cozens line providing a solid amount of secondary scoring for the Sabres, there are still struggles with the line featuring Casey Mittelstadt and Victor Olofsson.

While Mittelstadt has been able to produce for the Sabres on the power play, he has struggled playing at even strength. Despite the struggles at 5-on-5, Granato has felt a lot more comfortable with that line, and feels they are going in the right direction. 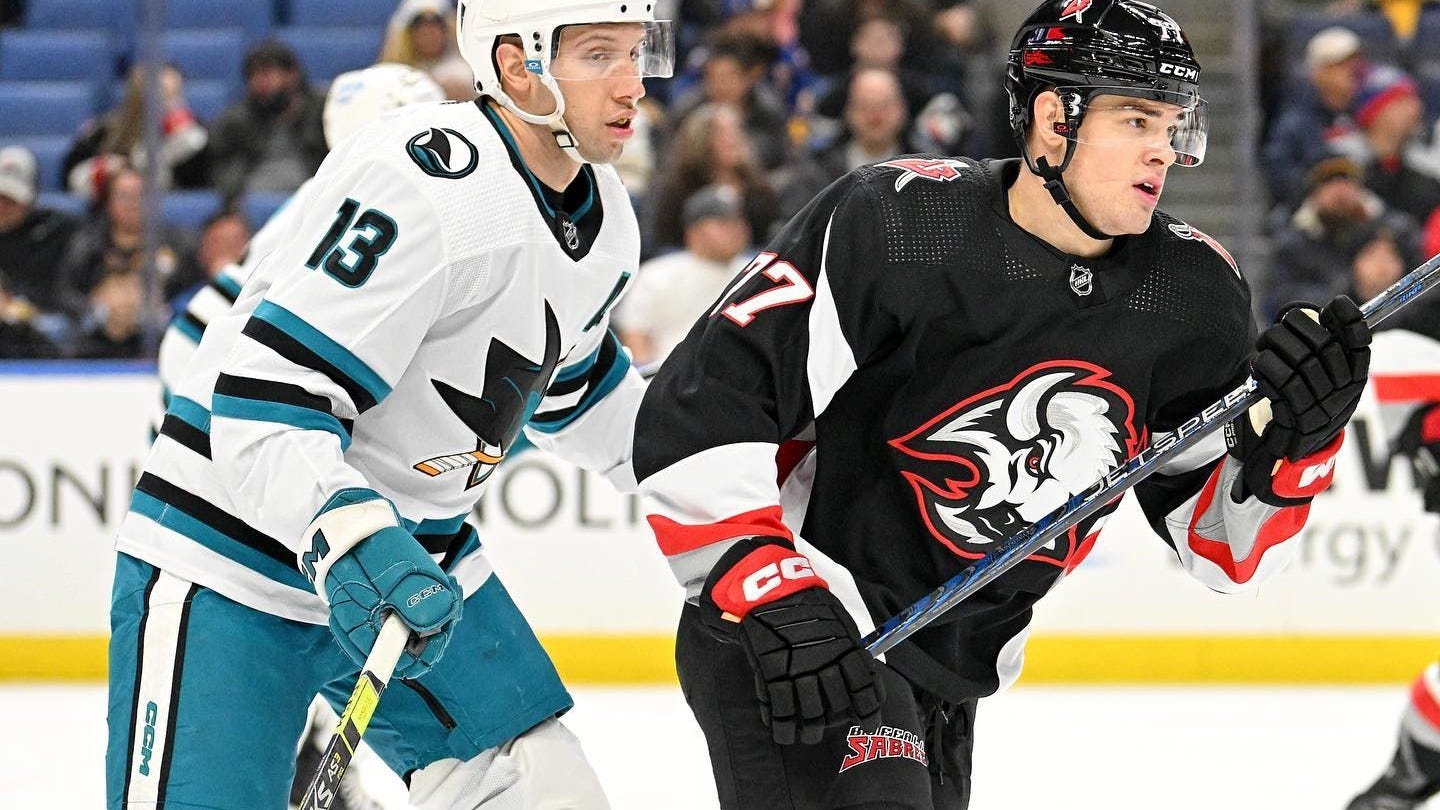 Hamilton: Sabres' young line gets better with every game

"Much as Jack Quinn struggled at the start of the year, you don't know exactly when they're gonna pull out of it, but you know you have things going in the right direction," Granato said. "There's an inevitability to it, and I feel the same way that Mittelstadt, Olofsson, Asplund, all these guys in that situation, Krebs, they're trying to find and create a line out of a group there, are getting better every day, and the challenge of what they're going through is going to make them better at the end."

Since the return of defensemen Mattias Samuelsson and Henri Jokiharju from injury, the penalty kill has improved, but the unit still ranks among the lowest groups in the NHL.

Defensively, the Sabres have allowed an average of 3.68 goals-against per-game, which currently ranks 28th in the NHL. While that stat may be more of a knock on the goaltending in place in Buffalo, Granato continues to say a young netminder like Ukko-Pekka Luukkonen is still in a high development stage of his career.

"I think 'Upie's' [Luukkonen] done a great job, in that what's going to be a transition from him as a young guy," he said of his 23-year-old goalie. "Again, referring to Jack Quinn at the start of the year, it's not easy. It's a whole different phase, and a whole different realm. He was challenged a little bit over the last few games, I thought his response each time was good, and even better. Again, I like his progress, I like the direction he's going. He's still trending up for me, and that's really the essence of it all. Which way are they trending? And he's trending up."

Up next for the Sabres will be a matchup with the Columbus Blue Jackets on Wednesday at Nationwide Arena in Ohio's state capital. Faceoff on Wednesday night is set for 7:30 p.m. EST.

Hear more of Granato’s appearance during the “Howard and Jeremy Show” available in the player below: