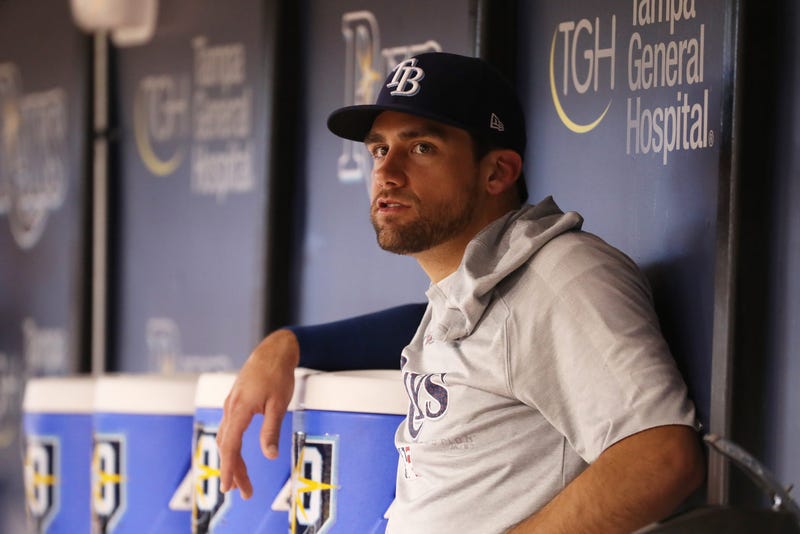 You’ve heard it before.

“The trade is pending a medical review.”

It has always seemed like somewhat of turn-key last step in any Major League Baseball acquisition. But thanks in large part to Drew Pomeranz, it is anything but.

“That’s what I hear,” said the Red Sox pitcher regarding how his case altered the way trades are now vetted.

For instance, when a trade for a pitcher who has had two Tommy John surgeries, such as Nathan Eovaldi, was agreed upon in the wee hours Aug. 23, the medical staffs of both the Red Sox and Rays are digging in. It was going to be a long night. This whole thing has become far from a formality.

It was two years ago when Pomeranz’s deal to the Red Sox from San Diego offered the kind of chaos nobody expects when making what should have been a simple deal. The Padres, as it turned out, were not documenting much of the treatment given to the starter, leaving Boston flying blind when it came to its newest pitcher.

They weren’t alone. The Marlins ultimately had similar complaints about the Padres in a trade made between the teams, resulting in players being shipped back to San Diego.

“It was interesting, to say the least,” Pomeranz said. “It was something I didn’t want to deal with when I first got here. Dealing with that gets you a little sidetracked. You want to focus on baseball and all this stuff is going down. They didn’t call me to ask me. I’m just the chess piece being moved.”

Two years later, the controversy has left its mark.

According to Major League Baseball officials, the league has dramatically changed how these things are done since those incidents. For starters, monthly audits are executed by MLB making sure teams are properly logging all medical records, with the committee going so far as to monitor media reports to make sure everything and anything is reported. It is an enormous undertaking that simply wasn’t any sort of priority before the Pomeranz problem.

So how does this whole thing work? Well, let’s just say MLB isn’t leaving anything to chance when it comes to the newly-refined process.

The foundation of the process lies in an electronic medical record (EMR) database. Everything should be in this thing (which wasn’t the case with San Diego). All orthopedic and internal medical issues for any player are to be documented, starting the day a professional contract is signed. Doctor’s exam notes. MRI’s. MRI reports. X-rays. Medications. Daily treatment notes (which can include everything from getting ice wrapped on to stretches to modalities).

All of it is vital. But it only works if the teams are doing it correctly.

Once a trade is agreed on, the head athletic trainers for each club confirm the deal and agree to an exchange of medical information, allowing each temporary access (24 hours) to a player’s files. While the process almost never takes the full allotment of time, it can get bogged down due to doctors’ availabilities. But make no mistake about it, this is a tremendously tedious process.

Interpretation of notes — involving everything from ankle sprains to shoulder issues — is of the utmost of importance, and something that requires more than a quick skim of the EMR information. But this is where the process became problematic before the San Diego controversy.

The medical staff reviewing the information is at the mercy of the quality of the documentation, which could exist with committed or falsified information. There is no way for the acquiring side to uncover how much potential chicanery is going on.

Another issue is the gray area that comes with a diagnosis of an injury. That can often be up for debate. Since the acquiring team can’t talk to the player before the trade is complete — and physicals aren’t conducted before switching teams — so the risk is run of dealing with an incomplete picture. (Free agents? That’s different. Teams can get a hands-on look at the player.)

This is why the EMR has become such a priority for Major League Baseball. For that, we can at least partially thank Pomeranz.

“Throughout that whole process, I was never given that much information. I wasn’t coming in trying to hide anything,” he said. “They don’t exactly fill you in on what is going on when you get traded. It was crazy.”