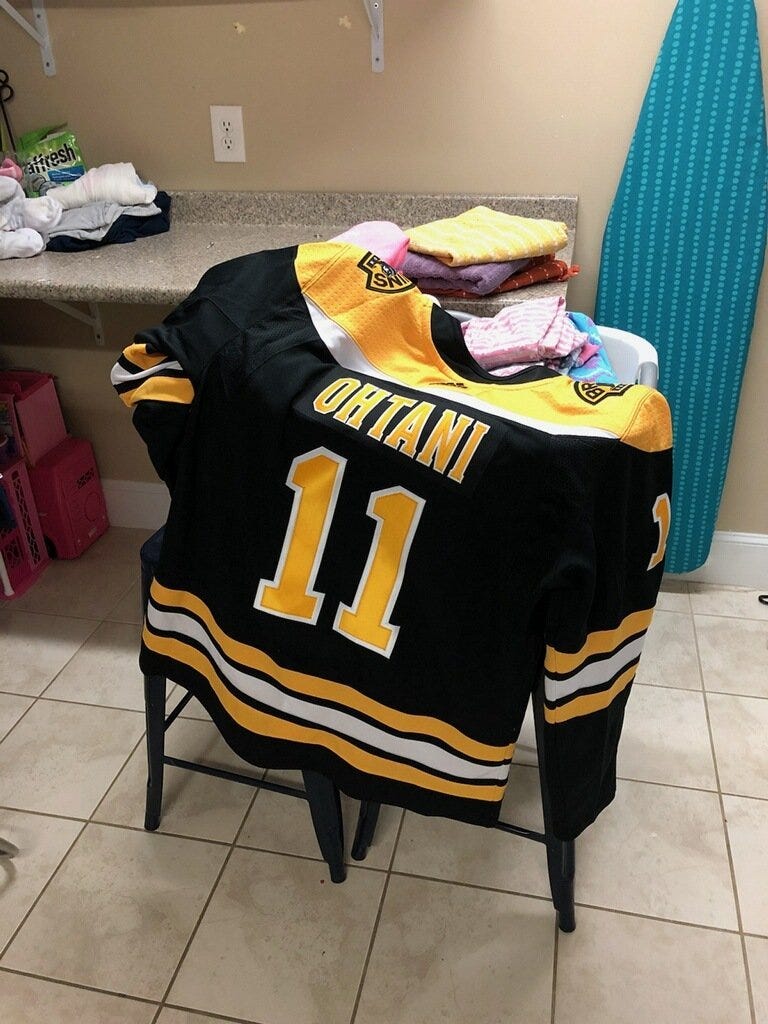 The Red Sox never had a chance to land breakout star Shohei Ohtani this winter. But five years ago? That's the real story.

Traveling the world as international scouts, Jon Deeble and Eddie Romero encountered their share of oddities. But the Red Sox talent evaluators had no idea what awaited them at Hanamaki Higashi High School, a two-hour bullet train ride outside Tokyo, in 2012.

They had come to interview schoolboy phenom Shohei Ohtani, and all of Japan evidently knew it.

"The media sitting out in front of the school at the front entrance was unbelievable," Deeble recalled. "When we went in to interview him, there were cameras as we walked in, and when we walked out they were asking us how it went. It was a media circus."

"It was crazy," Romero added. "I remember when we interviewed him after we got clearance from MLB on meeting him. There was paparazzi at the high school."

As representatives from the Dodgers and Rangers also discovered in meetings sandwiched around the Red Sox, this wasn't your run-of-the-mill get-together.

Then as now, there was nothing ordinary about Ohtani.

As the Red Sox prepare to face the talk of baseball in Anaheim on Tuesday, the question is obvious: How close did they come to landing the two-way star this winter? Not close at all, it turns out. Ohtani didn't give them a meeting.

Like most teams in baseball, they had hoped to make an impression if granted the opportunity. Presentations were organized and talking points prioritized. Celtics, Bruins, Patriots and, of course, Red Sox jerseys were prepared with "Ohtani" and the No. 11 emblazoned on the back. It wasn't enough. He chose the Angels.

"After that meeting, we thought we had a good chance to sign him," said Romero of the pitch he helped deliver while serving as the Red Sox' director of international scouting.

It was a sentiment shared by Deeble, the team's former chief Pacific Rim scout who now works for the Dodgers.

"Absolutely," he said when asked if the Red Sox were considered a favorite to sign the then-high school star. "I think from what I understand it would've come down to the Red Sox and the Dodgers. At that point the Dodgers had a very good relationship with him also through someone who was working for them at the time. The Red Sox were definitely one or two to be able to get him, for sure."

Both Romero and Deeble easily recall the tiniest details of their pursuit, even though much of it took place more than half a decade ago. It's not simply because Ohtani has become one of the most compelling stories of this young baseball season while dominating on the mound and at the plate.

Sure, both men have made it a point to watch Ohtani's first two starts, in which he has allowed just three runs while striking out 18 in 13 innings. They're equally impressed by his production at the plate, which includes a .367 average, three home runs and 1.191 OPS at DH.

No, it was what Ohtani had already accomplished as a teenager that sent the Red Sox to his doorstep.

"I was there the day he touched 100 mph in a high school game and hit a ball over the batter's eye on a wet, dreary day," said Deeble, remembering a performance seen by only other one MLB scout when Ohtani was just a junior. "He stood out from everyone."

For two years, the Red Sox were all-in on Ohtani, with Deeble and Romero leading the way.

Both men had developed solid contacts in and around the teenager's inner circle, not an easy feat in the world of Japanese baseball. Whether it was Ohtani's high school coach, Hiroshi Sasaki, or the player's parents, Toru (a former player in the same industrial league that produced Junichi Tazawa) and Kayoko (a badminton player of some note), connections were made.

The Red Sox had separated themselves to the point where Ohtani granted them the unthinkable: a private bullpen session.

"It was really hard to put a full-court press on him," Deeble said. "I think the one thing for Eddie and me that was key was getting in the back way and getting him to throw for us.

"We had done a lot, a lot of work. Our preparation to sign him out of high school, we couldn't have done anything else."

By the time Ohtani's final scholastic days rolled around, the Red Sox had seen enough. General manager Ben Cherington gave his scouts the go-ahead to prioritize Ohtani above any international amateur, even agreeing to let him remain a two-way performer.

"That was where Eddie played a big part with our front office people," Deeble said. "At the time, we told him he was going to be a two-way guy because that was the only way we were going to be able to sign him. He wasn't interested in going anywhere that he was just going to pitch."

"I saw him a lot," Romero said. "He was the top guy on our list that year, overall. We were aggressive with him. Ben Cherington at the time gave us the green light. We made a run at him."

The chase culminated with the meeting in Ohtani's high school. The Red Sox produced a video, as well as a plan for how they envisioned the young star's career unfolding.

Ohtani's coaches and parents asked questions through a translator. Every once in a while, the 6-foot-4 prospect himself chimed in.

"He was quiet for most of the interview, but there was definitely a presence there," Romero said. "When he came into the room, there was plenty of presence to him. He didn't speak much, but the few questions that he asked were good questions about his preferences and how he wanted to be utilized. He was very open to ideas from our end, as well. But the coach directed most of the conversation, taking questions from the parents and asking us. It was a good conversation. It was cordial and professional."

When it was over, Deeble and Romero took questions from the media horde staking the school before returning stateside, where the waiting game commenced.

It appeared Ohtani would choose MLB rather than play in the NPB Japanese professional league. He admitted as much in interviews. This desire buoyed the hopes of the Red Sox.

But something changed. The Yomiuri Hokkaido Nippon-Ham Fighters drafted Ohtani and convinced him to stay home.

They reportedly made their pitch by highlighting the negatives of minor league baseball -- the long bus rides, the sparse crowds, even the lack of Japanese restaurants.

A call from Sasaki to one of Deeble's contacts sealed the Red Sox' fate, and that was it. The chase had ended.

"That was disappointing," Deeble said. "Eddie did a lot of work in this whole thing, and I did a lot of work. And Eddie's conviction in wanting to sign this guy was amazing, and the support I got from him was amazing trying to get this guy. The day we heard he was staying was tough. But I'm a big believer you have to move on and move on to the next player. We did everything we possibly could and we were right there to the end."

"I understood the decision to stay at home, but we were obviously disappointed. We were hoping to get him. That year he was a clear No. 1 for us on our internal preference list."

With Ohtani off to a blistering start, Boston's decision to go all-out for him feels vindicated. We'll never know what might've been.

"I'm thrilled," Romero said. "I hope it opens the door for future players who want to come over from anywhere in the world. He's a unique talent who was able to succeed in his home country and his home league, and take on a challenge, one where money wasn't everything to him. That says a lot of about him, wanting to just compete at the highest level. It's great for the game. I've watched every one of his starts. I'm very intrigued by him. I root for him except when he pitches against us."