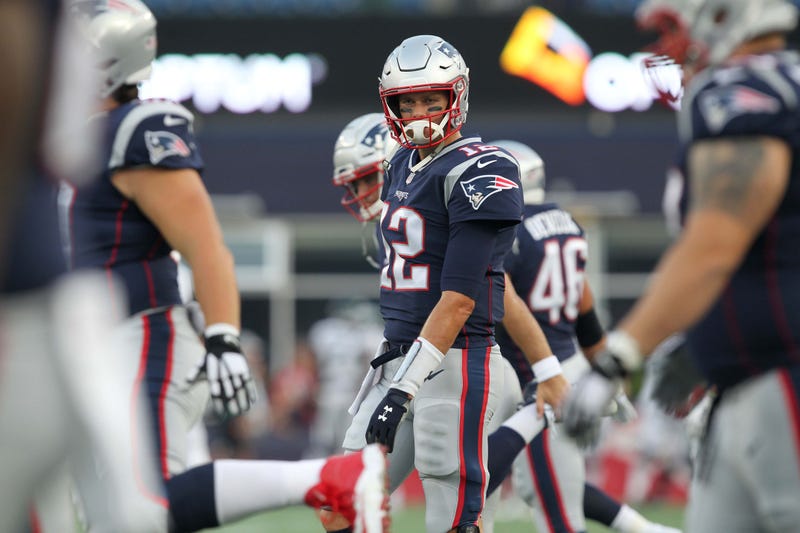 Thursday Night Football kicks off the much anticipated return of the NFL season and on Sunday afternoon we finally get through this speculative and dramatic offseason to watch the Patriots play real football -- a real game that matters against a real opponent on a real football field. An offseason with plenty of chatter surrounding the team and its future will be well behind us and it will be a welcome change.

A change that I would guess Tom Brady is eagerly awaiting.

For the quarterback, the great Tom Brady, his story has always best been told on the football field. From the early days where the so called "pundits" couldn’t quite isolate just what it was about him and his game that worked so well, while the exploits of Peyton Manning were so simple for them to see. Through the first three Super Bowl championships, the mid-career championship drought where the supporting cast had too many holes, all the way to current day and the recent Super Bowl championship resurgence, it’s been Brady’s performance on the field that has done the real talking. It has always been that way with Brady. The words publicly offered through the media were consistently well thought out, unemotional, pre-qualified, careful, polite and guarded yet just conversational enough. Each message right on the Patriots script with just enough to keep you happily engaged without giving away even a crumb of real information that could hurt the team in any way. That was his secret sauce. He could do it and do it with endless humility. He was perfect.

Today, a 41-year-old Tom Brady prepares for his incredible 19th season of NFL football with the Patriots. He’s coming off of another MVP season and should have received that award at least two other times in 2006 and 2016, if not even a couple of more times beyond that. Based on what we saw in Super Bowl LII and his most recent work in preseason game No. 3, his play hasn’t diminished a bit, despite having depleted weapons. He’s focused and knows how much his specific play will mean to the fortunes of this 2018 team.

As always, Brady’s play will do the real talking, I have no doubt about that, however, it’s when the other kind of talking happens that we all need to adjust our expectations. Brady has changed and has changed that approach for sure and I don’t think you’ll be hearing from the old Tom anytime soon.

The tragic and farcical sham known as Deflategate led by Fraudger Goodell and his plotting henchmen started it. Since then, Brady’s already finely tuned ears dialed into any and all public questions even more intently. Whether in interviews, press conferences or during public speaking engagements, Brady’s typical humble and cordial answers changed; they hardened. Is he less careful? Sometimes. More discerning? All the time. And recently less patient? Most definitely. When listening to it, I’ve got to be honest, I don’t love it as it can come off a little prima-donna-ish but I absolutely understand it. Brady is 41, he’s the GOAT and he’s not playing for yours or my edification. These days he’s playing for himself and his teammates and it seems to end right there.

So when you hear from him don’t be surprised by anymore abrupt endings and be no less surprised with the occasional no-show, because I think we’re finally meeting “Opposite Tom.”

Now unlike George Costanza, who’s every decision in his entire life was wrong, Brady’s every decision and answer over his career for the most part have been right. So why the sudden attitude switch?

I think the only ball Brady wants to play these days is on the field. He’ll talk and he’ll answer most of the questions, but with a far shorter wick and it’s no surprise. Yoda might say… “When 18 years in this market you play… answer as many questions you may not” or something to that effect.

Regardless, the abrupt endings and shortness of Brady’s comments of late are unlikely to stop when topics are raised that he simply doesn’t want to answer. Enter the subject Alex Guerrero in permanent ink at the top of that list. That message has been put up loud and clear this entire off-season.

Sometimes his reaction is merited. I thought Ben Volin’s question over the summer about connecting Edelman’s use of PED’s to Guerrero pushed the line a bit and can understand why Brady took offense. On the other side, I thought Kirk Minihane’s question about Guerrero was rather benign and appropriate in terms of its timing but Brady still cut it off. Again, “Opposite Tom” has most certainly arrived.

Brady has laid the gauntlet down. Bill Belichick has seemingly complied given Brady’s absence from OTA’s. He didn’t show up to camp until it was deemed "mandatory." Also, we very clearly know where Robert Kraft stands. Just look back at last year’s trade deadline for evidence of that. So given all this my tactic is simple. I’m going to watch him on the field and enjoy it for as long as I can. He’s most certainly earned the right to go his own way and it seems the organization agrees with that sentiment.

With the season opener just three days away, the stress of finding the future successor at quarterback is a topic to resurface another day. I’ll lock in on Sunday like everybody else and watch with reasonable expectations against a formidable opponent. Hopefully Brady’s on-field performance will continue to speak the loudest as it always has. Otherwise the conversation around here could get very interesting as the season progresses even if “Opposite Tom” won’t talk about it.