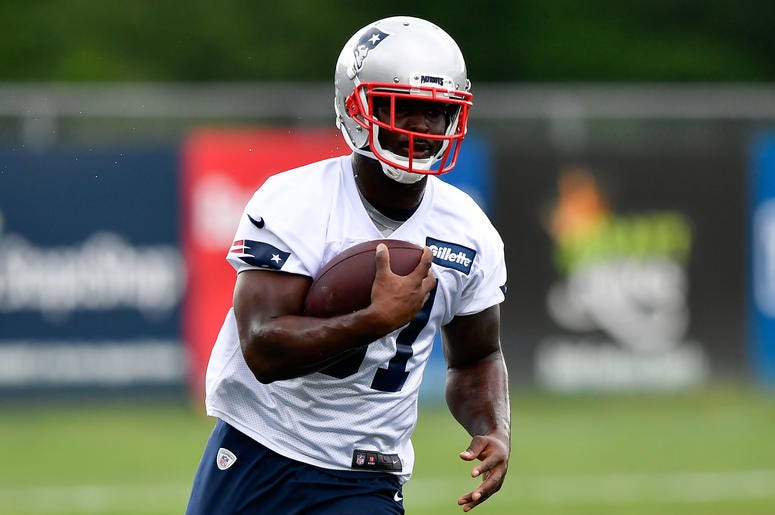 FOXBORO — When Phillip Dorsett went down to the ground with what looked like a non-contact injury during 11-on-11 drills on Tuesday, the immediate thought was the Patriots could be in a heck of a lot of trouble at receiver.

No offense to Dorsett, who should have an increased role this year, but when the outlook towards the wide receiver position drastically changes without him, it says something about the lack of depth at the spot and is cause for some concern.

Fortunately for Dorsett, it appears he will be fine and it was just a scare, but it should serve as a reminder the Patriots aren’t deep at a few positions and are one injury away from things becoming a major problem.

For years, the Patriots have been known for the next man up mentality, but this year there may not be anyone to even be that next man up. This year’s roster is very top-heavy and struggles towards the backend. There isn’t much difference between players Nos. 45-65 on the roster, which is not a good thing in this instance since it speaks to the lack of quality players on the backend of the roster.

Hogan, Dorsett and Patterson are likely the only locks with a few question marks regarding the other players. Even with that, is Hogan capable of being a No. 1 receiver, even for four weeks? Dorsett doesn’t have much experience, so even with a great spring and summer there are still concerns, and Patterson is more known for his kick return abilities and not as a receiver.

Besides that, no one has really stepped up to stand out.

Britt hasn’t been on the field for a full practice since suffering a hamstring injury during minicamp. Decker has had issues with drops and likely is still catching up with learning the offense. And then McCarron, Berrios, Lucien and Turner haven’t done anything to say they are deserving of making the team.

One or two of Britt, Decker, McCarron, Berrios and Lucien will make the roster and be forced into extended playing time the first four weeks. This could honestly be one of the worst groups of receivers Tom Brady has had to work with since 2012 or 2013, and it could get even worse if someone were to go down with injury.

Running back is experiencing some of the same things.

Entering training camp fairly deep at the position, things have taken a turn. Rookie Sony Michel is reportedly out for the preseason with a knee injury. Rex Burkhead has missed the last week with an unknown ailment. Jeremy Hill has been limited the past few days with what looks like a knee injury, and Mike Gillislee has missed some time as well. James White and Brandon Bolden have been the only backs to not miss any time.

It seemed like the only decision would be whether to keep Hill or Gillislee, or Bolden at all, but now undrafted rookie Ralph Webb deserves some consideration with all the injuries on the depth chart.

Just imagine a backfield in Week 1 potentially without Burkhead and Michel -- any time Bolden needs to be factored into the running game, there are issues.

What about at right tackle?

Marcus Cannon has missed extended time with an unknown injury and although it seems like he will be ready for the regular season, if he’s not the Patriots would likely be starting Trent Brown and LaAdrian Waddle at the tackle spots with rookie Isaiah Wynn as the swing tackle.

Is that what Brady deserves at age 41? Probably not. While Cannon and Brown would be a solid combination, Cannon not being on the field serves as a reminder the position could be a problem spot with another injury. Although, to be fair, most teams would be in serious trouble with two injuries at the tackle position.

When the Patriots entered training camp with such a top-heavy roster and not much depth on the backend, they were taking a risk not guarding against any potential injuries. After just a few weeks, injuries have already occurred and exposed some potential major flaws.

These are flaws Brady and Belichick could potentially make up, but just how many can they cover up?