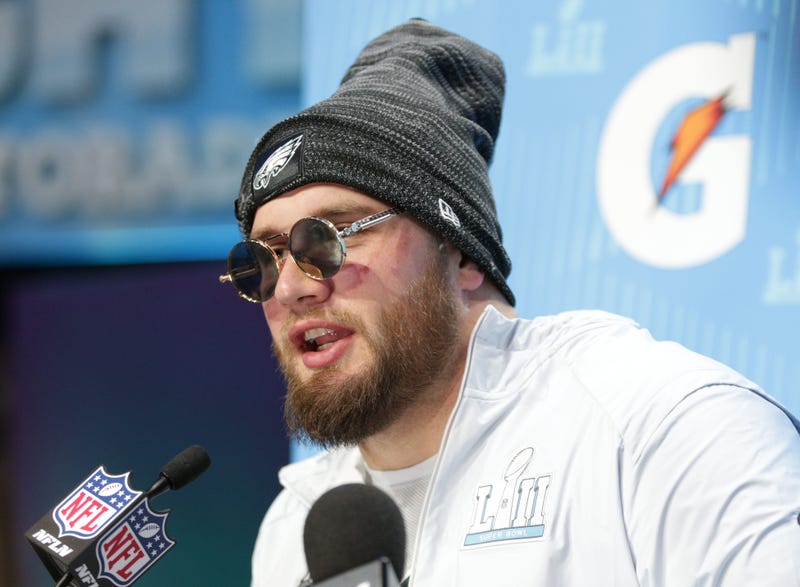 Given the Patriots’ success, there are always going to be players across the league talking about them and how they do things, taking shots whenever they get the chance.

Over the years we have seen Freddie Mitchell, Anthony Smith, Bart Scott, Terrell Suggs, Ryan Clark, Ndamukong Suh, etc. take digs at the Patriots, but they don’t even compare to Lane Johnson of the Eagles.

Following the Eagles’ win over the Patriots in the Super Bowl last February, just a few weeks later he called the Patriots a fear-based organization and said they don’t have any fun on Barstool Sports’ Pardon My Take. A week later, when given the chance to take the comments back on the same podcast, he doubled down.

"And I just pissed in everybody's Cheerios and everybody in Boston," Johnson said. "Hey, I got hate mail I still haven't read. I'm looking forward to reading it."

And now, leading into the Eagles meeting the Patriots in Week 2 of the preseason, Johnson claims he’s been looking forward to it since the Super Bowl win.

"I'm ready," Johnson said, via KYW Newsradio. "I've been waiting on this ever since the Super Bowl was over with. It's time."

Waiting for a preseason game — weird.

The whole the Patriots don’t have any fun debate one of the dumbest of all-time. Is playing for Bill Belichick and the Patriots for everyone? No, but when coming to New England it’s known what is coming and in the end it usually pays off with deep runs into January and February.

Safety Duron Harmon put it perfectly during the spring.

“You can say we don’t have fun here and we don’t do this, but at the end of the day I have a lot of fun because we win a lot,” he said. “That is what this game is about. It’s about winning. I am around a great group of guys, great group of coaches, great organization. So, when you’re working hard at a goal to win, it’s fun.”

When the Patriots had a few lighter moments this summer when rookie Isaiah Wynn caught a punt after the in-stadium night practice to get some extra time off and then when the offense and defense switched roles, some took this as Belichick in a way reacting to Johnson and others' comments, but that couldn’t be any further from the truth.

The coach has always done things like that, but they just haven’t got as much attention as this year.

A few things — No. 1, the preseason schedule wasn’t even known just after the Super Bowl. Good try. No. 2, who really cares about a preseason game that doesn’t even count in the standings when the starters will likely not even play a half? And No. 3, why keep bringing up the Patriots, when it was the Eagles who won the game?

It’s bizarre behavior from the No. 4 overall pick in the 2013 draft, who has turned into one of the better tackles in the league, but resorts to making a name for himself with the things that come out of his mouth instead of his play on the field.

The only real theory is Johnson just loves being in the news and knows if he keeps talking about the Patriots he will be.

One person who hasn’t kept up is Belichick.

"I haven't really followed it. I don't know,” he said on OMF when asked about Johnson’s recent comments.

What will Johnson say next? It probably will come following Thursday’s game, but he’s set the bar pretty high in terms of strange things to say.

Although with his track record, stay tuned.