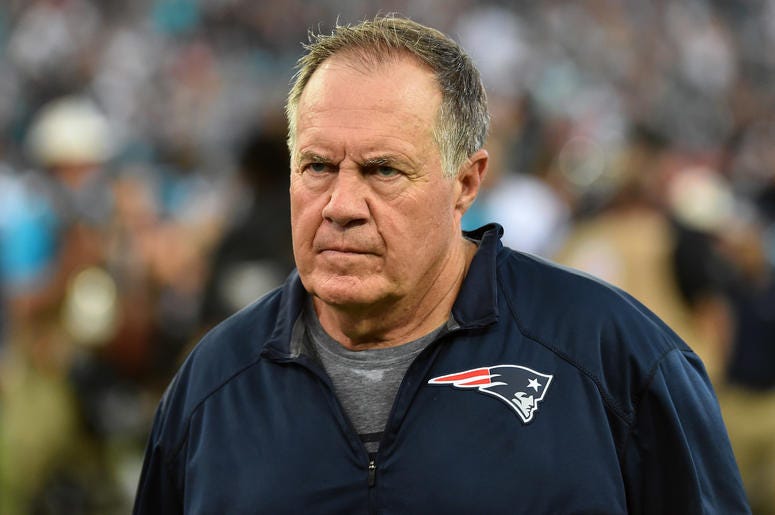 FOXBORO — Don’t be surprised if the Patriots we see Sunday night in Detroit look different than what we’ve seen in the first two games.

And no, it’s not just potentially having Josh Gordon on the field -- although, that is where it starts.

Through the first two games, the Patriots have just one passing play to a wide receiver of 20 yards or more, and that was Chris Hogan late in the fourth quarter against the Jaguars on Sunday. Look for this to be a major focus of the team this week, and getting Gordon on the field would only help in that regard.

It also will help facing the Detroit defense, who could be missing some key pieces in the secondary and have also allowed 78 points in two games, the second-most in football. The unit is very susceptible to big plays, as in the two games this season it has allowed nine total plays of 20 yards or more.

Look for Hogan, Phillip Dorsett, Cordarrelle Patterson and potentially Gordon to all be targeted down the field, as Tom Brady and the Patriots offense need to start showing an ability to stretch the defense.

The biggest change could come on defense, and some of it has to do with two of its best players — Trey Flowers and Patrick Chung — having concussions and potentially missing the game.

The defensive line had a tough go Sunday against Blake Bortles, as it didn’t put much pressure on him and when it did, the defenders lost containment and went too far up field, which made it easy for Bortles to use his legs to pick up big chunks of yards.

Second-year defensive end Derek Rivers, who missed all of last year with a torn ACL, has been inactive for the first two games and even without Flowers’ concussion, we expected him to get a chance to play this week. Given the likelihood of Flowers missing the game, it would seem Rivers will finally get to play in a regular season NFL game.

In addition, Chung’s injury could change things up a bit in the secondary.

Don’t be surprised if Jason McCourty sees some time at safety and that could have a trickle-down effect to the cornerback spot.

Rookies Keion Crossen and J.C. Jackson have both been inactive the first two games and there was some thought one of them might get a chance after Eric Rowe and McCourty struggled against the Jaguars. But, that changed a bit Wednesday when it was learned Cyrus Jones has been brought back to the team off the Ravens practice squad, so it’s likely he will be active Sunday night, essentially replacing Chung in the secondary.

As we’ve seen over the years, Belichick has used the first few weeks of the season to get a feel for who is best used when and where, and then come say the middle of October he has a better sense of what is team is and goes from there.

Week 3 will likely be a new-look team and it likely won’t be the only time that will be said over the next couple weeks.