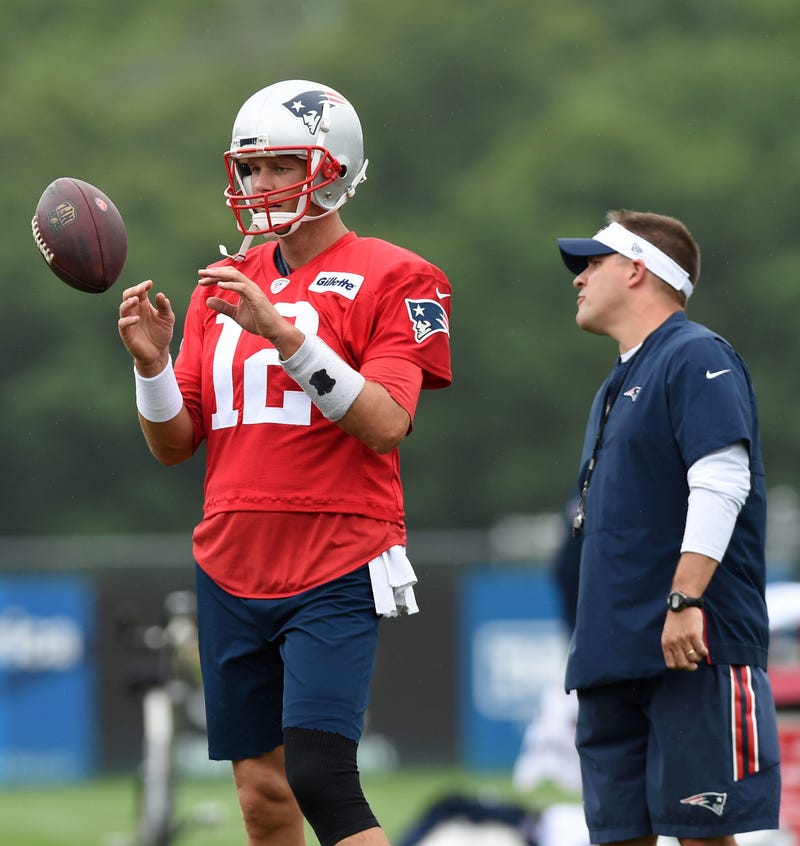 One of the most integral parts of the Patriots passing game is timing as a number of routes solely depend on it.

This timing comes from being on the same page as Tom Brady and right now, the Patriots don’t have many receivers who have extended time working with the future Hall of Famer.

Danny Amendola signed with the Dolphins.

All this means Brady will be without arguably his top three receivers from a year ago and it doesn’t stop there.

Free agent Jordan Matthews, who was predicted as becoming a big contributor, was released last week after suffering a hamstring injury a few days into camp. Kenny Britt, who was signed at the end of last year and the team picked up his option this offseason, hasn’t been on the field for a full practice yet, as he too deals with a hamstring injury. Lastly, Malcolm Mitchell, who actually had great chemistry with Brady as a rookie, was released Monday following missing all of last year with a knee injury that simply won’t go away.

What does that leave the Patriots with? Not much.

Not including Edelman since he will be gone for the first four games, the Patriots have Chris Hogan, Phillip Dorsett, Britt, newcomer Eric Decker, Cordarrelle Patterson, Matthew Slater, Riley McCarron, Braxton Berrios, Devin Lucien and Paul Turner on the wide receiver depth chart.

Brady missing the spring needs to be factored in as well. By skipping the voluntary offseason workouts, the quarterback missed out on getting to work with his new receivers, which set that process back and now everyone is likely playing catch-up.

Hogan is the only one out of that group with real experience working with Brady and he isn’t the prototypical No. 1 receiver type. Dorsett has shown signs of being able to contribute much more than he did a year ago, but it’s hard to know for sure what the chemistry will be like until they get on the field. Patterson is a skilled player, but is more known for his return game and on gadget plays. He hasn’t been used much as a receiver to this point in his career. Decker is the most skilled player left, but he’s 31 years old and has only had one practice with the team. That leaves just younger players, and historically they have has a tough time connecting with Brady.

With the exception of Hogan, it’s hard to see anyone in that group Brady would trust throwing to on a big play. He hasn’t had a receivers group this poor since 2012 or 2013. Of course the Patriots have a pretty decent tight end in Rob Gronkowski and running backs like James White who can make up for some of the lack of talent at receiver, but it’s hard to just assume they will be able to.

The same goes for Brady’s skill. For years he’s been able to make receivers better because of just how good he is, but with him being 41 years old, sooner or later he’s just not going to be able to do that.

And even when Edelman comes back, nothing is guaranteed.

The veteran receiver is coming off a torn ACL and with him being 31 years old, it’s hard to just assume he will be the same shifty receiver he was in 2016, his last season before the injury last preseason. His production is extremely important as he has been one of Brady’s favorite and most trusted receivers.

So while Brady has been able to make up for much of what the offense has been missing over the years, given Brady’s age, that cannot be counted on this year. And that is what makes the receiver situation so concerning.

It’s too late in the game to add a receiver to help the problem (and they just did with Decker) so it really is all on Brady’s shoulders.