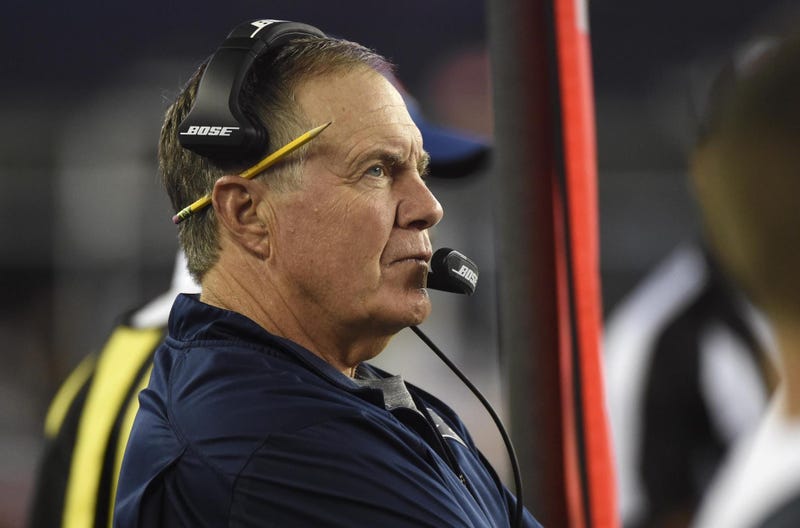 FOXBORO — What was the biggest weakness of the 2017 Patriots?

It seems like an easy answer — the lack of athleticism in the front-seven, especially at the linebacker position.

After all, New England gave up 41 points to Nick Foles and the Eagles in the Super Bowl and the biggest cause for this was a lack of pressure on the quarterback and an inability to matchup with running backs out of the backfield.

Free agency came and went with only 29-year-old defensive end Adrian Clayborn being added to the front-seven, so it was expected the linebacker spot and even another edge rusher would be addressed via the draft. After all, these players are younger, so naturally are going to be more athletic and help the defense get quicker up front.

Well, the first three rounds of the NFL draft have come and gone and no players in the front-seven were selected.

New England had four selections in the first 63 overall going into the weekend and ended up by using three of them and trading away the fourth to net a 2019 second-round pick of the Bears. Offensive lineman Isaiah Wynn was taken at No. 23 overall, running back Sony Michel at No. 31 overall and then cornerback Duke Dawson at No. 56 overall.

For the past few weeks and even Thursday and Friday, the Patriots have preached the not drafting for need approach and collecting good football players, which is all well and good until you look at what the Patriots have coming back at the moment, especially at the linebacker position.

Obviously, there are still four rounds remaining in the draft and the Patriots will select multiple players before the end of the day Saturday, but the odds of hitting on one get less and less as the rounds go by. It is also worth noting there was a long run of athletic linebackers in the third round.

First off, it’s hard to count on a full season out of Hightower as he hasn’t played more than 12 games in a season since 2013. Roberts has had his fair share of issues defending the pass, Flowers has had his ups and downs and is primarily a special teams player, and then Van Noy battled injuries last year, too.

Ideally, New England would have selected an athletic linebacker to play alongside Hightower, and while it still could, it’s hard to depend on a fourth or fifth-rounder because that is where the Patriots are at right now. It’s not about building depth at that spot, it's about adding a Day 1 contributor.

Some might argue the organization didn’t feel there were any quality linebackers at the top of the draft, but that doesn’t appear to be the case. Leighton Vander Esch and Rashaan Evans are quality players and will likely turn out to be good pros. In fact, the Titans jumped in front of New England to select Evans at No. 22 with many expecting New England to take the Alabama product.

Bill Belichick and Nick Caserio have been at this too long to be surprised by that, so if the Patriots really wanted Evans they had the ability to move up a few spots, and not give up much in the process to ensure they got him. And if the Titans surprised them and caught them off guard, that is on them. They have been doing this a lot longer than Mike Vrabel and Jon Robinson. Missing out on Evans has the potential to haunt New England for years to come.

Of course, there’s still the chance to address the position with a veteran free agent, but No. 1, that player likely isn’t as athletic as a rookie and second, if he’s available between now and training camp, he probably isn’t that good.

Yes, it is only April, but unless Belichick and Co. have something coming down the pipeline in terms of a starting caliber linebacker being added, come the regular season, second-guessing how the first few rounds of the draft went might be on the table.