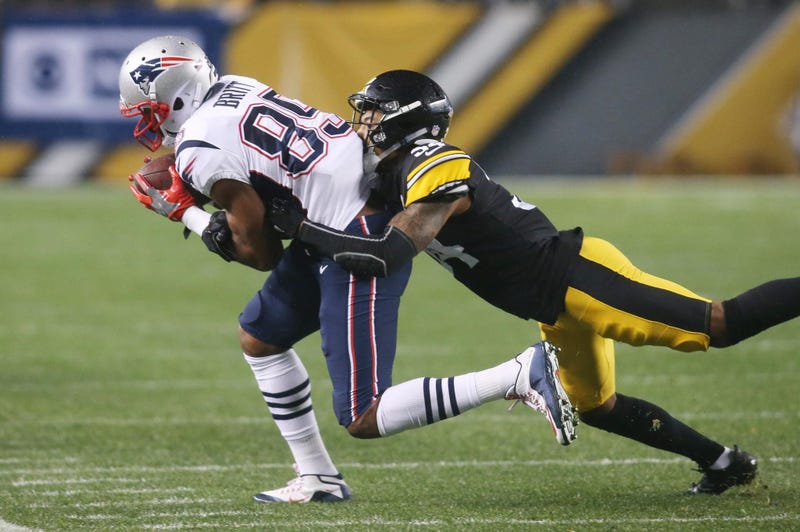 Over the years, we’ve heard Tom Brady use the analogy of a train leaving the station around the beginning of the season and if you’re not on it you could be left behind.

This could not be any more true for wide receiver Kenny Britt as the Patriots' train is about to leave the station.

Friday night is the Patriots’ third preseason game, the so-called “dress rehearsal” for Week 1, but maybe more importantly likely the last time for Britt and other offensive players to work with Brady in the preseason. Typically, the majority of the starters do not play in the final preseason game.

The offense has been evolving since the first day of training camp and until this week, Britt hasn’t really been part of it. He wasn't a full participant in practice and departed for the lower grass fields after stretching with other players rehabbing injuries. This comes after the veteran receiver tweaked his hamstring during minicamp back in June.

“I definitely feel like I’m behind, because I’m not out there with the guys, getting the chemistry I need with the quarterbacks, and getting on the same page with everyone,” he said to reporters.

It remains to be seen whether or not Britt will play Friday night in Carolina, but there should be a sense of urgency from both the veteran wide out and the team as the Patriots need to know what they have in him before submitting their final 53-man roster.

The soon-to-be 30-year-old has talent, as he had his best season in 2016 with the Browns when he caught 68 passes for 1,002 yards and two touchdowns. And it’s also quite apparent the Patriots see the talent too, as they picked up his team option for this season.

While it seems like the 6-foot-3 wide out would be able to help the offense, especially making plays on the outside, nothing is certain with Brady and the Patriots. Time and time again we’ve seen veterans come in and seem like fits, but things turn out differently once the games begin.

This is why the Patriots really need Britt on the field this week.

Britt is a major part of the puzzle at receiver when putting together the final 53-man roster. It is one of the most competitive positions on the team with a number of players vying for between 4-6 spots. With Julian Edelman suspended for the first four games, he doesn’t count towards the roster, so the only locks seem to be Chris Hogan, Matthew Slater, Phillip Dorsett and Cordarrelle Patterson. This leaves Britt, Eric Decker, Riley McCarron, Braxton Berrios, Devin Lucien and Paul Turner battling for likely only one roster spot.

Of these six players, no one has really stepped up to make it an easy decision, so as of now, it appears the roster spot will go Decker just because he’s been on the field and has the most experience in the league. This of course could change if Britt gets on the field and proves he has good chemistry with Brady, but we just haven’t seen it yet.

So while Friday is just a preseason game, it’s very important for Britt as it relates to the wide receiver position.

And if he isn’t on the train, it just may be forced to leave without him.