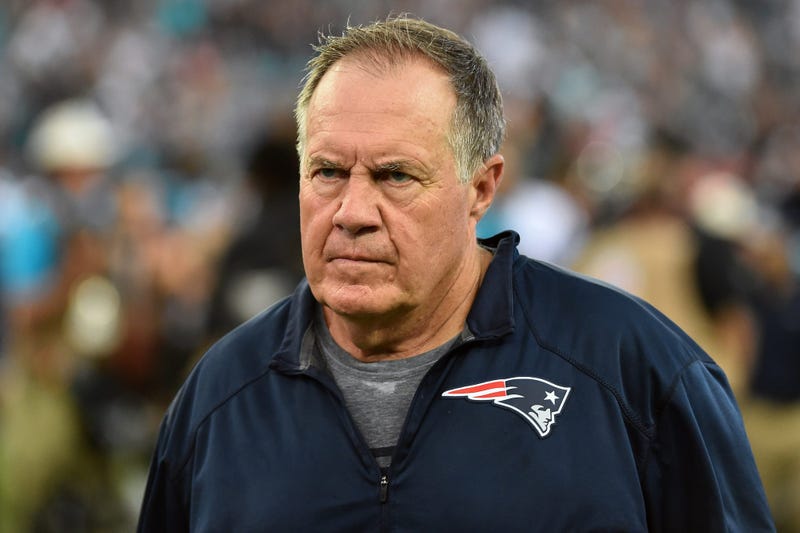 Monday night’s 54-51 offensive explosion has lots people talking and it has me thinking about the Patriots path the next six games and into the postseason.

After the Patriots Week 6 43-40 victory over the then-undefeated Kansas City Chiefs I said on-air to my co-host Pete Davidson on the Fantasy Football Hour that football is becoming a game where defenses now have to make one big play to win a game. Since then, that thought has proven to be true with one condition: it’s the reality for only the truly elite teams.

The top of the league, true elites, today include only the Rams and the Saints. These two teams alone can get away with making just one BIG defensive play per game on most days and seal their opponent’s fate with mind-boggling offensive force. The rest of the teams in the NFL will have to work a little harder.

For your New England Patriots who are stuck somewhere in between the elite contenders and the wild card pretenders, they too will have to work a little harder and that is not necessarily something to fear. Hard work, preparation and both creative offensive and defensive schemes have been a hallmark of the Belichick era during the Patriots Super Bowl contending years, especially when they’ve needed it most.

The Rams, Saints and Chiefs are absolutely stacked on offense. The Steelers are right there too, maybe just a hair below given their schizophrenic nature of play on the road. The Patriots when healthy enough have the required skill talent to score in bunches, but it’s dispersed in a way that just isn’t as fluid as the other contending teams. Think of the ease with which the Rams, Saints, Chiefs and Steelers offenses operate. It’s clearly different than what we’ve seen here in New England as they have slugged through the first 10 games of the season.

Can the Patriots score over 30 points a game consistently? Sure. They have done that already in 50 percent of their games. How about 40-plus points? They have accomplished that feat just once so far versus the aforementioned Kansas City Chiefs in a ‘got-to-have-it’Sunday Night Football showdown. The ability to score over 40 points 10 percent of the time most certainly will not be enough, unless of course, the Patriots can find a way to make a play or two or maybe three on defense in each and every critical game. It’s more than ‘bend don’t break’ it’s ‘got to have it’ defense and football fans all know the need for it as it unfolds in live game action.

Tense postseason contests against the Baltimore Ravens and the Peyton Manning-led Colts and Broncos come to mind in such scenarios. Regardless, this Patriots team will likely have several ‘got to have it’ moments down the stretch on both sides of the ball to contend. Their margin for error in this day and age of wildly prolific offense is slimmer than ever. Third down tension just intensified. Big time.

Apart from this issue there is another: with six games remaining on the regular season schedule, including two highly challenging ones upcoming versus Minnesota and Pittsburgh, will the Patriots have to show too much of their playbook to survive? Ten games into the season we’ve already seen more than a few gimmick plays including a successful flea-flicker versus Green Bay and a failed half-back option pass to the quarterback last week.

It reminds me of a specific game from the 2007 near-undefeated season in a way. You may recall a Monday night juggernaut matchup against an active, aggressive and violent Baltimore Ravens defense. The Patriots went onto win this tightly contested game by a score of 27-24 but it didn’t come easily. Two things stuck out to me during that game that worried me then, even during the glow of victory:

The Ravens defense offered a template on how to challenge the Patriots vaunted offense.

The Patriots just showed a LOT on offense just to win that game.

I’m sure we all recall the final season result in Super Bowl XLII.

Well, though the 2018 Patriots are a far different team to their nearly perfect 2007 version, one thing is clear, this Patriots team will need to empty the playbook on both sides of the ball to earn a sixth Super Bowl Championship.  Based on the offensive construct of the league now and on what I’ve seen from the Pats so far this season, I’m led to foresee a more likely scenario. One where they may have to empty said playbook just to reach that stage. Moreover, if that happens during the regular season, prior to January then that could very well be their early playoff undoing.

To me, that’s the difference between the potential path for the elites like the Rams, Saints and maybe even the Chiefs that currently stand ahead of them.

I’m certain we’ll see what the Patriots have up their sleeve on both sides of the ball. They’ll need to do so just to contend. Of more importance, we’ll also see if they have the playmakers to get it done, again and again, and again. That’s what lies ahead of them for the rest of the season.