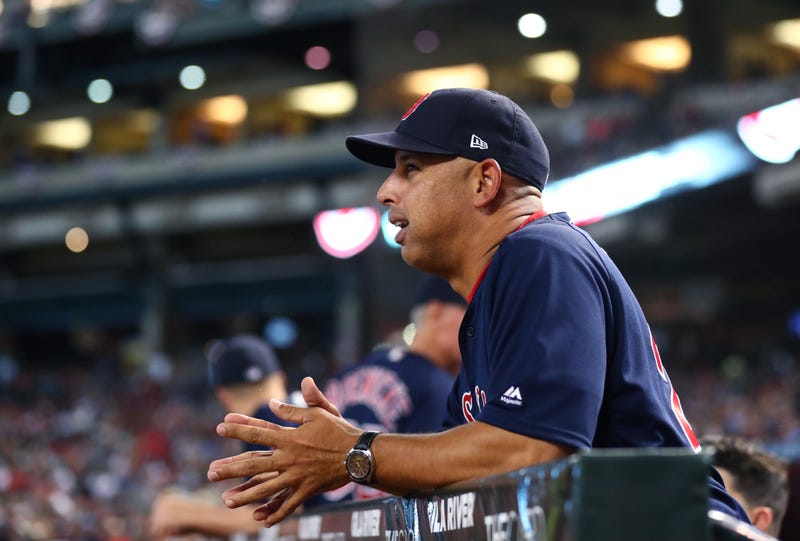 A week ahead of the Red Sox’ midseason trip to London for a pair of games against the New York Yankees, Alex Cora is left to both manage a baseball team and manage some logistics.

The Sox leave for London at the end of the coming week, with two days off ahead of the games, and the club had an all-hands-on-deck-type meeting to continue sorting out the details.

“Yeah, that was for London,” Cora said pre-game on Saturday. “Logistics, tickets, dress code, all the activities that we have over there, and at the end, it’s two meaningful games. Let’s not forget that.”

With Boston 8-1 in its last nine, and seven games back in the AL East, the trip presents an opportunity to gain some ground on the division-leading Yankees, but the venue — London Stadium, the host to the 2012 Olympics and now the home of the Premier League’s West Ham United — presents some difficulties with a different playing surface and funky dimensions.

“We have to talk about it,” Cora said. “Where we’re going to play comes into play too. It’s — the dimensions are not great. It is what it is, we still have to pitch. But we have to be smart too. We’ve been going over this trip for a while, the surface and the stadium and the logistics and all that. All that stuff will come into play to make decisions this week.”

The fences will reportedly be just 330 feet down the lines and 385 in center, a fairly hitter-friendly environment, perhaps not the best scenario for the Red Sox against a New York lineup with power up and down the batting order.

The field will also be artificial turf atop the existing soccer pitch and the track that encircles it, a first for a Red Sox-Yankees rivalry that has always played on the grass fields of Fenway Park and Yankee Stadium.