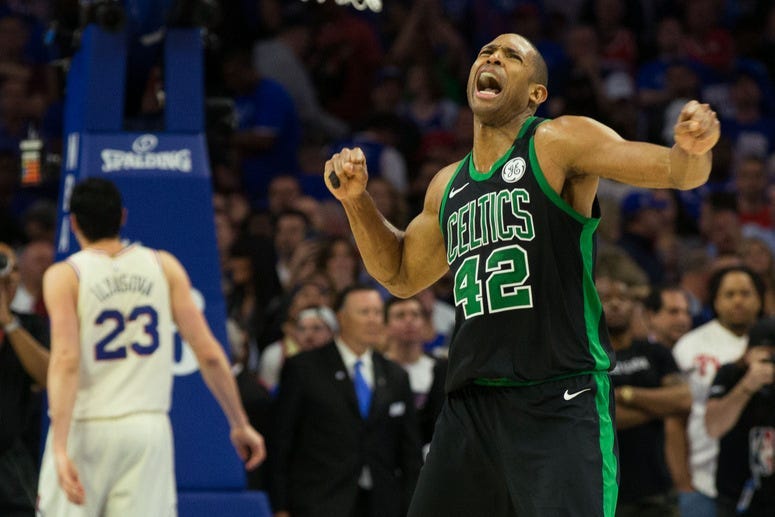 The conference finals have arrived and no one is surprised to see the Cavaliers, Warriors or Rockets representing. But the Celtics? Without Kyrie? Amazing. And guess what? According to WEEI.com's Danny Dragin, the run doesn't end here. He believes it will be C's-Warriors in the Finals, and here are his predictions.

Time and time again the Celtics have managed to win without the best player in the series on their side. First it was Giannis Antetokounmpo of the Bucks, and then it was Joel Embiid of the Sixers. Now they'll put surmounting that obstacle to the ultimate test, considering a pretty good basketball player by the name of LeBron James is suiting up for the Cavs. LeBron has gone on an absolute postseason tear, shooting .553 and averaging 34.3 points per game. Lately LeBron has started to look more like Kobe, by continuously using his deadly fadeaway jumper to eviscerate defenders. But don't forget that the Cavs just barely made it out of the first round, pushed to seven games by the Pacers, which gives a little more meaning to the KG-approved phrase, "Anything is possible!"

Chris Paul and James Harden look poised to make a serious Finals run and the Warriors don't seem to scare them one bit. The Rockets won two of three regular season matchups, which gives them a solid sense of confidence entering the series. Houston definitely has the more talented bench, which could be a deciding factor, but everyone knows the playoffs are about matchups and the Warriors win that battle against anyone and everyone. Chris Paul had 41 points and 10 assists in their last game, proving that he still has it what it takes to beat the best of the best, and hopefully the rest of the Rockets do, too, because this has the makings of a classic.